”Homeroom” is Peter Nicks’ final chapter in a trilogy of films examining the relationship between health care, criminal justice, and education in Oakland, CA over the past decade. Hulu is thrilled to also have the U.S. streaming rights to THE WAITING ROOM (2012) and THE FORCE (2017) so audiences can experience all three projects of this groundbreaking trilogy together.

The film is about Oakland High School’s class of 2020 who have confronted an unprecedented year. Anxiety over test scores and college applications gives way to uncertainty springing from a rapidly developing pandemic. Efforts to eliminate the school district’s police force unfold against the backdrop of growing nationwide demands for systemic change. 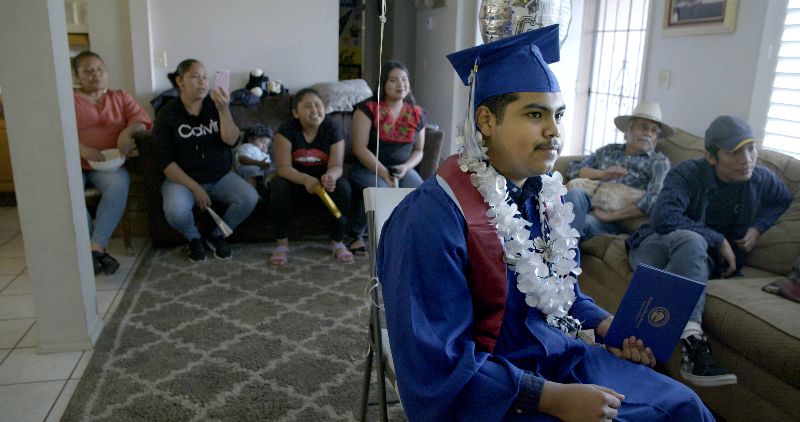 “We are thrilled that Pete Nicks’ beautiful film has found a home at Hulu. We can’t wait for audiences to engage with the vision and passion of Oakland High’s Class of 2020, during a truly extraordinary year,” said Nicole Stott and Jonathan Silberberg of Concordia Studio.

“Pete Nicks is a master filmmaker with an uncanny ability to bring us closer to subjects that are important to our social fabric, but so often overlooked. ”Homeroom” ushers us into the lives of Oakland high school students as they prepare for all of the ritual rites of passage into adulthood, who through the uprising of last summer, suddenly find their voices. The film speaks to the power of young people at a time when we still see them silenced, discounted, and their lives being snuffed out by state powers. ”Homeroom” is essential filmmaking, and I couldn’t be prouder to be involved with bringing this film to the world,” said Ryan Coogler of Proximity Media.

Hulu Original Documentary “Homeroom” and the entirety of Nicks’ trilogy will launch later this year.

Are you looking forward to watching ”Homeroom” on Hulu?

Roger has been a Disney fan since he was a kid and this interest has grown over the years. He has visited Disney Parks around the globe and has a vast collection of Disney movies and collectibles. He is the owner of What's On Disney Plus & DisKingdom. Email: Roger@WhatsOnDisneyPlus.com Twitter: Twitter.com/RogPalmerUK Facebook: Facebook.com/rogpalmeruk
View all posts
Tags: homeroom, hulu