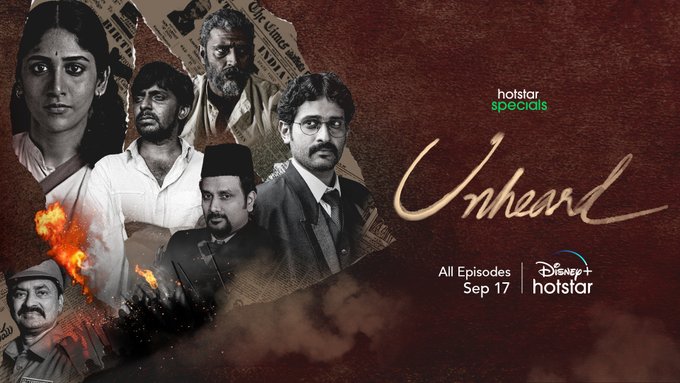 Disney has released a new trailer for the upcoming Hotstar Specials ‘Unheard’, which is a unique period conversational series that gives a glimpse of the freedom struggle from Hyderabadi’s point of view, which most of us often pay the least attention to. The countdown to witness the variety of perspectives of freedom, violence, war,, and peace from the voices of Hyderabadis (their fictional representatives).

When India won its freedom from the British, Hyderabad was still under the Nizam’s rule. The state became the epicentre of differing voices, most of them unheard.

‘Unheard’ is coming to Disney+ Hotstar on 17th September 2021 and on Hulu in the United States.