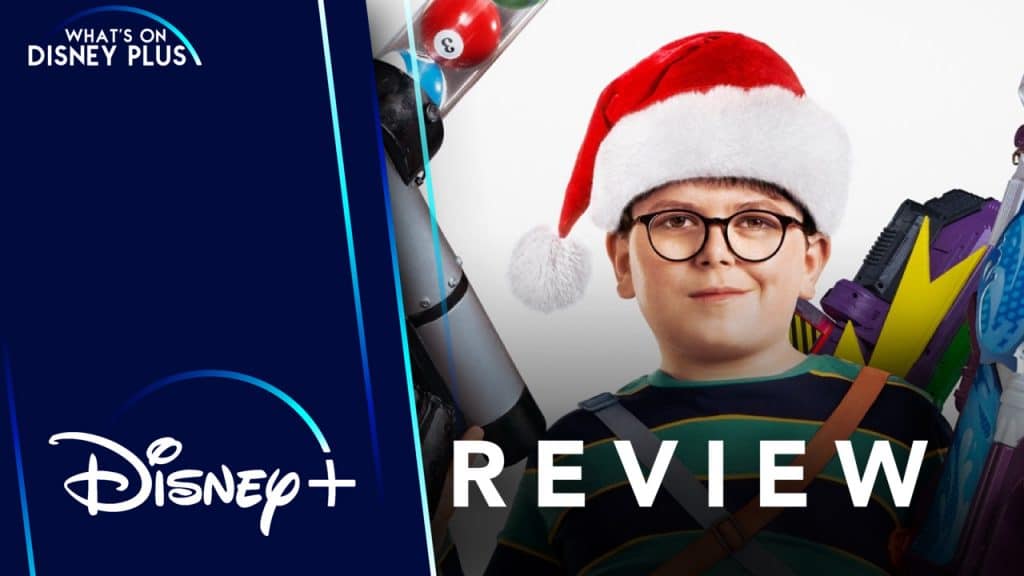 When Disney purchased 20th Century Fox, one of the first things Disney CEO Bob Iger wanted to do, was raid the vast library of franchises for potential new content for Disney+.   One of the first projects out of the gate is “Home Sweet Home Alone”, a new take on the classic franchise which sees Max accidentally left behind when his entire family leaves for Tokyo for Christmas.

Max quickly takes advantage of the situation, enjoying the benefits of not having parents around and enjoying all of the candy in the house, but soon realises, as much as he hates his family, he loves them too.   While his mother freaks out in Japan and starts making her way home, Max is left fending for himself.

While all of that doesn’t sound too different from the original film, there are some significant differences in how “Home Sweet Home Alone” plays out.  The most significant change is the “villains”, because this time around, they aren’t villains, which takes all the fun out of the story, as we have a married couple called Jeff and Pam, who are attempting to retrieve a priceless heirloom that they think Max has stolen.

This twist sets off an entirely different chain of events. We actually spend more time with their family than Max’s, who, except for his mother, are just one-dimensional extras who run around shouting about being late.   Rob Delaney is great in this film, and his reactions to everything going on is what made it much more enjoyable.  He just wants to get his property back and stop his families house from being sold.  At some points, you actually feel they’ve turned the characters around, where Max is coming across as the villain.  Though I really liked how they played on how his fears become so much bigger than they are because he’s just a kid protecting himself and thinks he is about to be kidnapped. 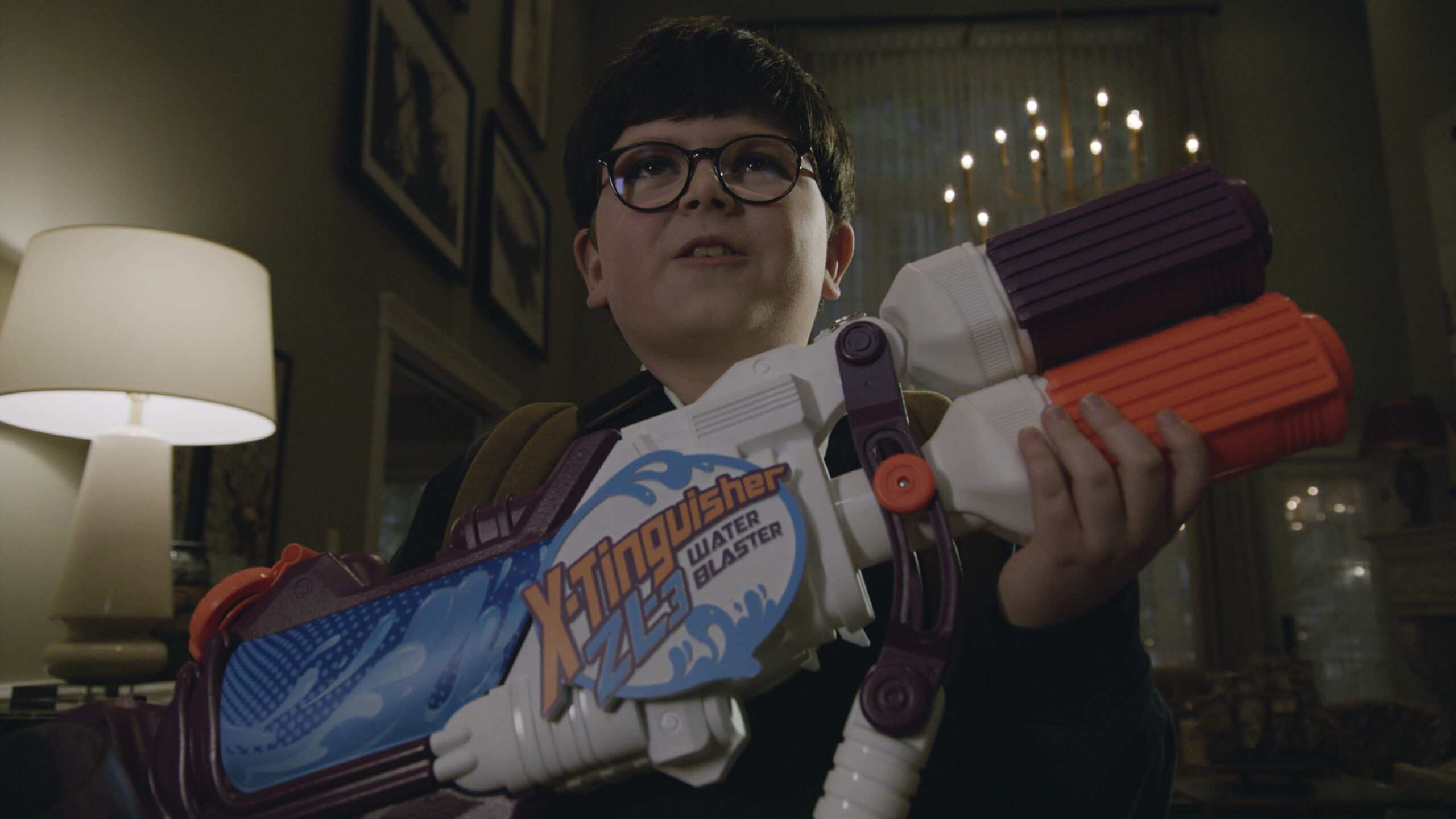 Max is a fun little character for this film. He’s a smart ass, but doesn’t really get a considerable amount of character development.  Archie Yates is great in the role and is undoubtedly a highlight of the show.    The film doesn’t shy away from him being British, and he is referred to as Harry Potter on multiple occasions.   I’m really hoping we get to see more of Archie Yates in the future, though hopefully not in another “Home Alone” film.

“Home Sweet Home Alone” is the sixth movie in the “Home Alone” franchise, which not that many people realise, as in all honesty, following the two classic movies from the nineties, was never going to be easy.  Many people don’t even realise Disney actually teamed up with Fox for the fourth and fifth movies.   But there is no way a new “Home Alone” film can ever top the original. It was a perfect holiday film that has stood the test of time and is one of the most popular films on Disney+ during the holiday season. “Home Sweet Home Alone” is a fun little family movie. It knows what it is, as they even slipped some little lines into the film saying that remakes are never as good as the original.

One of the nice things about this film is that they establish that this is a sequel, with Buzz McCallister returning as the local police officer for a few scenes, establishing why he isn’t taking the phone calls from the parents in Japan seriously, because he thinks its a prank from his brother, Kevin.  Unfortunately, there isn’t a Macaulay Culkin cameo, but they at least name drop him into the film.  It’s a small thing, but it’s nothing more than a bit of easter egg. 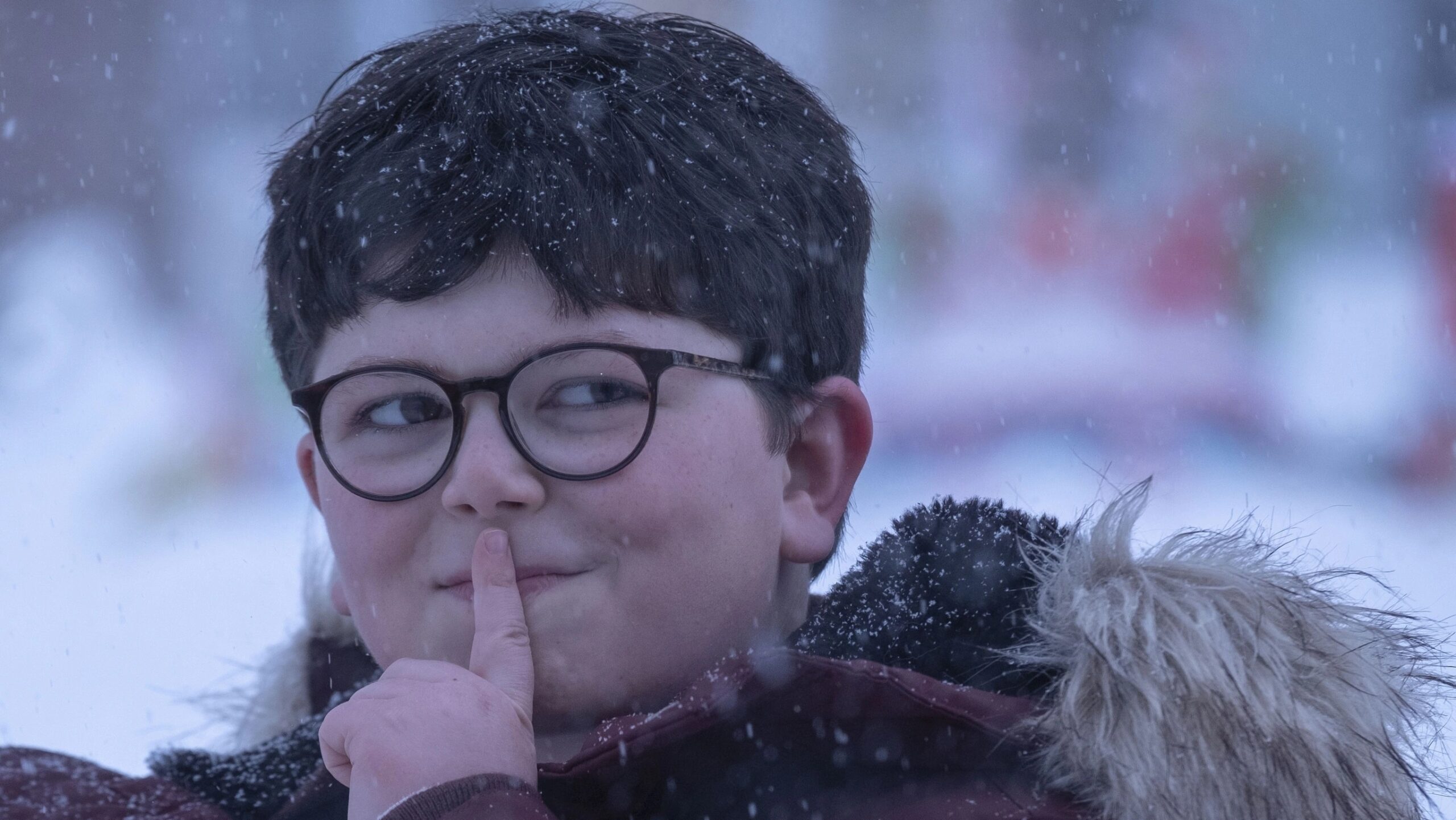 In a 90 minute movie, one of the biggest problems is trying to establish who all the characters are, and I feel like this film suffers from having way too many characters.   Jeff’s brother and family are introduced at one point, with a not so subtle hint about what the ending is going to be, that had they not been included in the film, it wouldn’t have made one bit of difference to the story, since they could have just used one of Pam and Jeff’s kids for the same plot device.  It’s almost the exact same issue with Max’s family, but they get even less screentime.  I actually mistook who Max’s dad was, because any scene with Max’s’family is just too chaotic.  It might help set up the reason why Max’s left behind, but there are just too many people involved in these scenes to keep track of.

Bringing “Home Alone” into the modern era does have some issues.  In a world of the internet, telephones, home security, smart devices and a general change in attitudes.  “Home Sweet Home Alone” does a solid job of making excuses about why things aren’t being done normally, to keep the film on track.   With flipping the villain’s role, all of Max’s traps and weapons are much more tamer.  The violence is massively turned down, taking some of the fun out of things, because in 2021, Disney can’t get away with the same stuff Fox did in the early 90s.

I don’t want to get into the ending to spoil things, since it was very different from the original film, it’s a nice ending, but by this point, it’s no longer a remake of “Home Alone”.

“Home Sweet Home Alone” is a strange movie, there’s a lot wrong with it, but it did entertain me.  I would certainly recommend it to Disney+ subscribers to watch over the coming weeks as I’m sure you’ll laugh at lots of the scenes in it.  But it’s not a “must watch” on Disney+ Day, but it shouldn’t be overlooked as just another reboot, as it changes the concept around just enough to feel fresh.  It’s certainly not going to be a holiday classic, but it is a delightful family film.   It’s not perfect, but you’ll laugh while watching it, while complaining it’s not as good as the original.

Roger has been a Disney fan since he was a kid and this interest has grown over the years. He has visited Disney Parks around the globe and has a vast collection of Disney movies and collectibles. He is the owner of What's On Disney Plus & DisKingdom. Email: Roger@WhatsOnDisneyPlus.com Twitter: Twitter.com/RogPalmerUK Facebook: Facebook.com/rogpalmeruk
View all posts
Tags: home sweet home alone, review