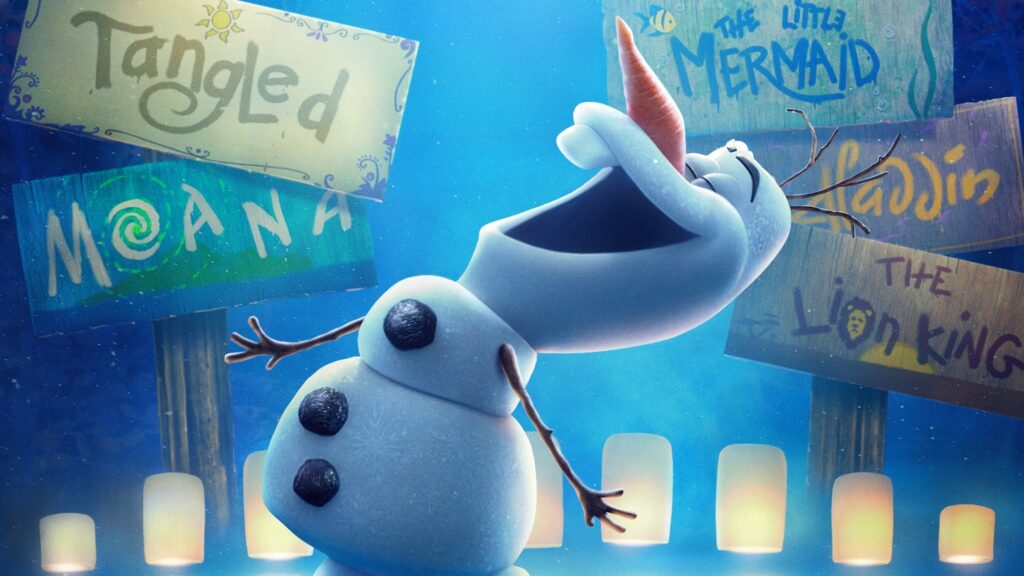 Disney has released more details and a trailer on the upcoming animated short series “Olaf Presents,” where Olaf steps into the spotlight and goes from snowman to showman as he takes on the roles of producer, actor, costumer and set builder for his unique “retelling” of five favorite Disney animated tales in “Olaf Presents,” a series of new animated shorts from Walt Disney Animation Studios. The charismatic and versatile Olaf demonstrates his theatrical flair, taking on such iconic roles as a mermaid, a genie, a lion king (and most of the parts in between), as he entertains Arendelle with his delightful abbreviated versions of these beloved tales. Josh Gad returns to voice Olaf with veteran Disney animator Hyrum Osmond directing and Jennifer Newfield producing.

Here is the poster for this new series of shorts: 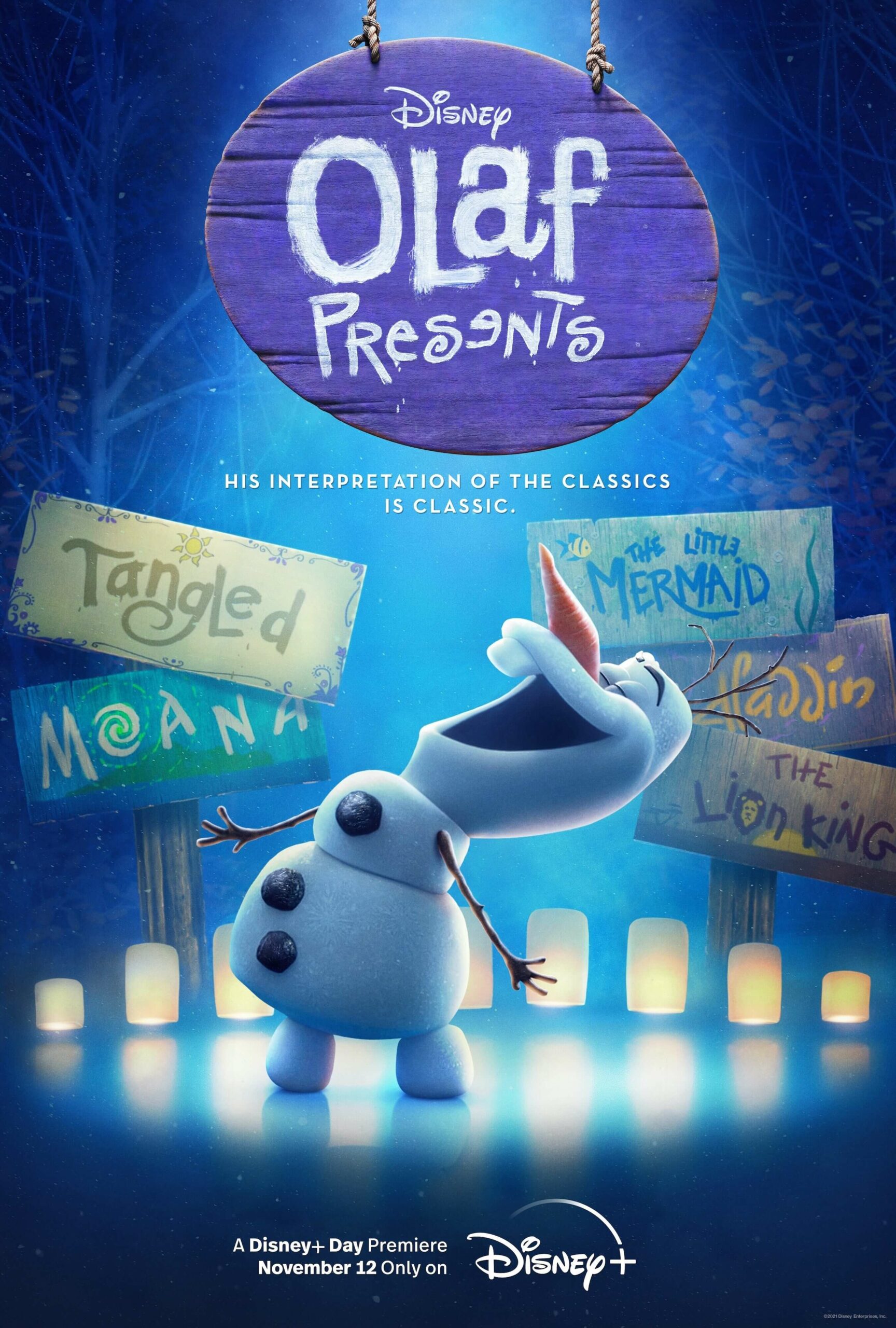 And here are some preview images from “Olaf Presents:

There are 5 shorts in this series and they will all be arriving on Disney+ on November 12th 2021.

Are you looking forward to “Olaf Presents” arriving on Disney+?

Roger has been a Disney fan since he was a kid and this interest has grown over the years. He has visited Disney Parks around the globe and has a vast collection of Disney movies and collectibles. He is the owner of What's On Disney Plus & DisKingdom. Email: Roger@WhatsOnDisneyPlus.com Twitter: Twitter.com/RogPalmerUK Facebook: Facebook.com/rogpalmeruk
View all posts
Tags: disney+ day, olaf presents 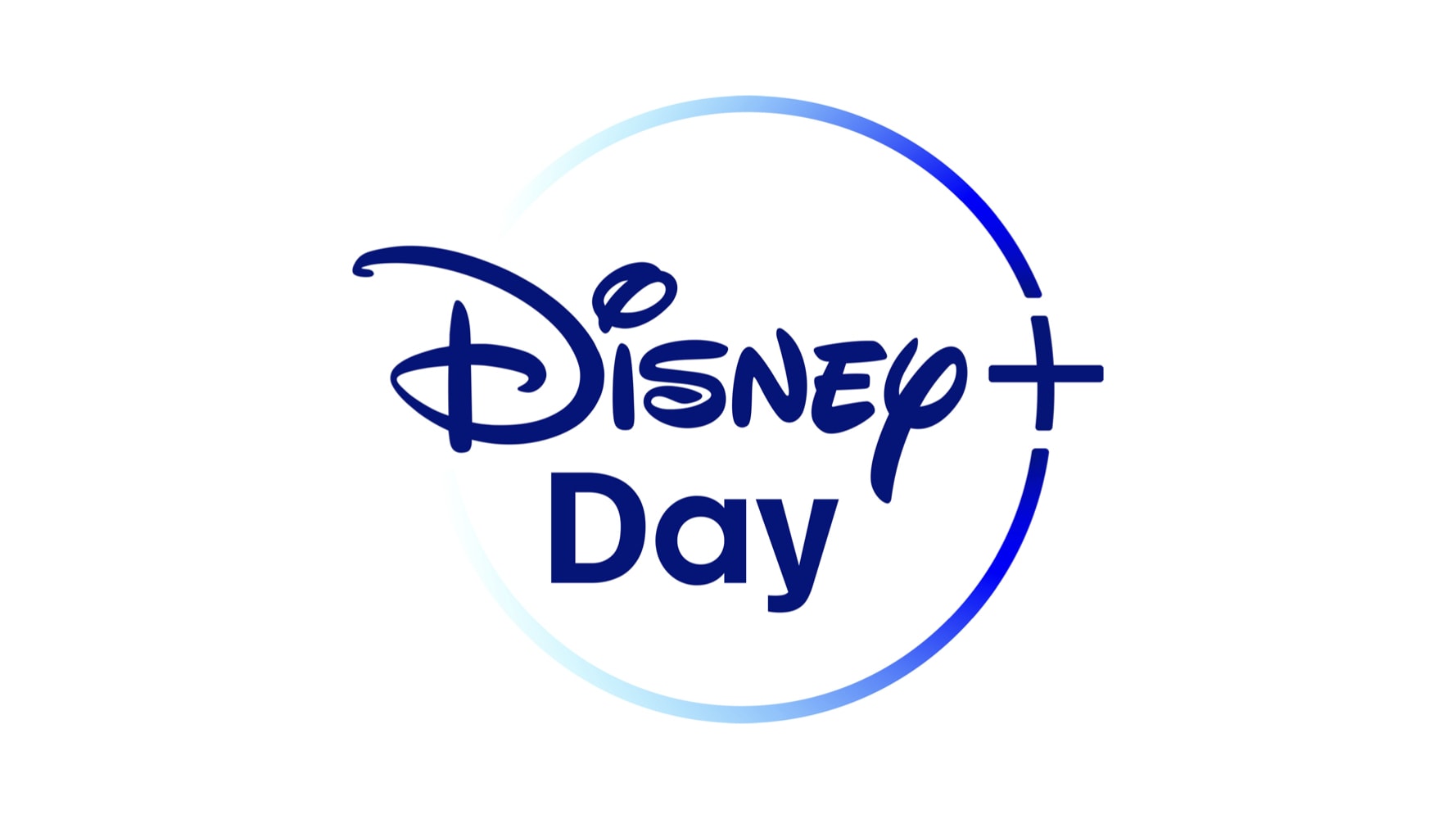