Disney has officially confirmed that the 20th Century Studios film “Free Guy” will be coming to Disney+ in the United Kingdom and Ireland on Wednesday 29th September.  It was also previously revealed that “Free Guy” will also be released on Disney+ in Australia and New Zealand on the same day.

The film will be available on 4K Ultra HD, Blu-ray and DVD October 4 where consumers can enjoy never-before-seen bonus material including two deleted scenes, an extended scene, gag-reel and making-of featurettes. 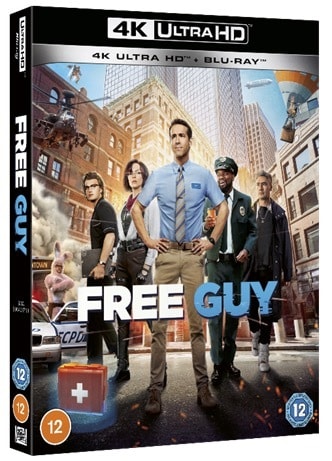 Unfortuenly, “Free Guy” can’t come to Disney+ in the United States for a while, due to a previous existing streaming contract with HBO.

Are you looking forward to “Free Guy” dropping onto Disney+ this week?