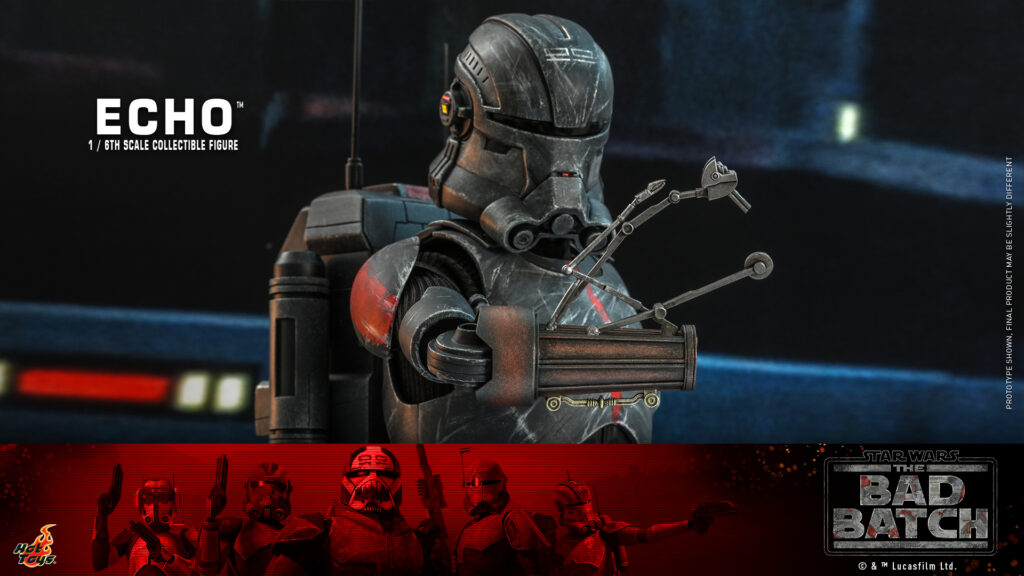 To tie in with the launch of the new Disney+ Original animated series “Star Wars: The Bad Batch” and Star Wars Day, Hot Toys have announced the first collectable figure from the show.

The first figure to be revealed is former ARC Trooper Echo, who joined the Bad Batch towards the end of the Clone Wars after his rescue from the Techno Union. Echo’s knowledge of proper military tactics and strategy provides valuable insight, while his socket-arm and cybernetic implants give him the unique ability to interact with computer systems.

The highly-accurate collectable figure features skillfully crafted and finely detailed recreation of Echo’s armour and helmet, interchangeable head sculpt with a great likeness, the character’s unique cybernetic parts including a variety of interchangeable mechanical right arms, a military backpack, blaster, and a display base!

Here is a look at this new Echo figure: 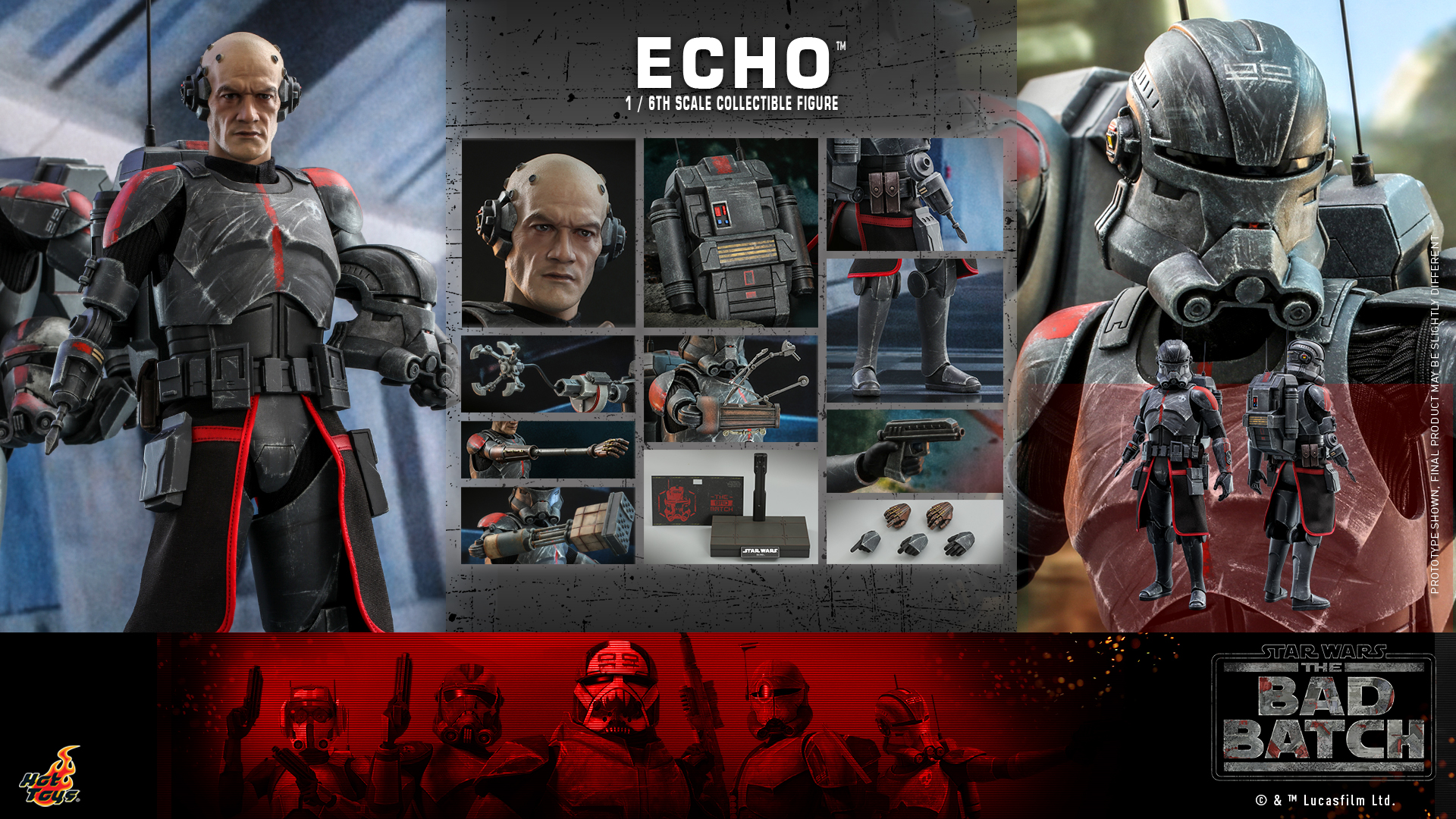 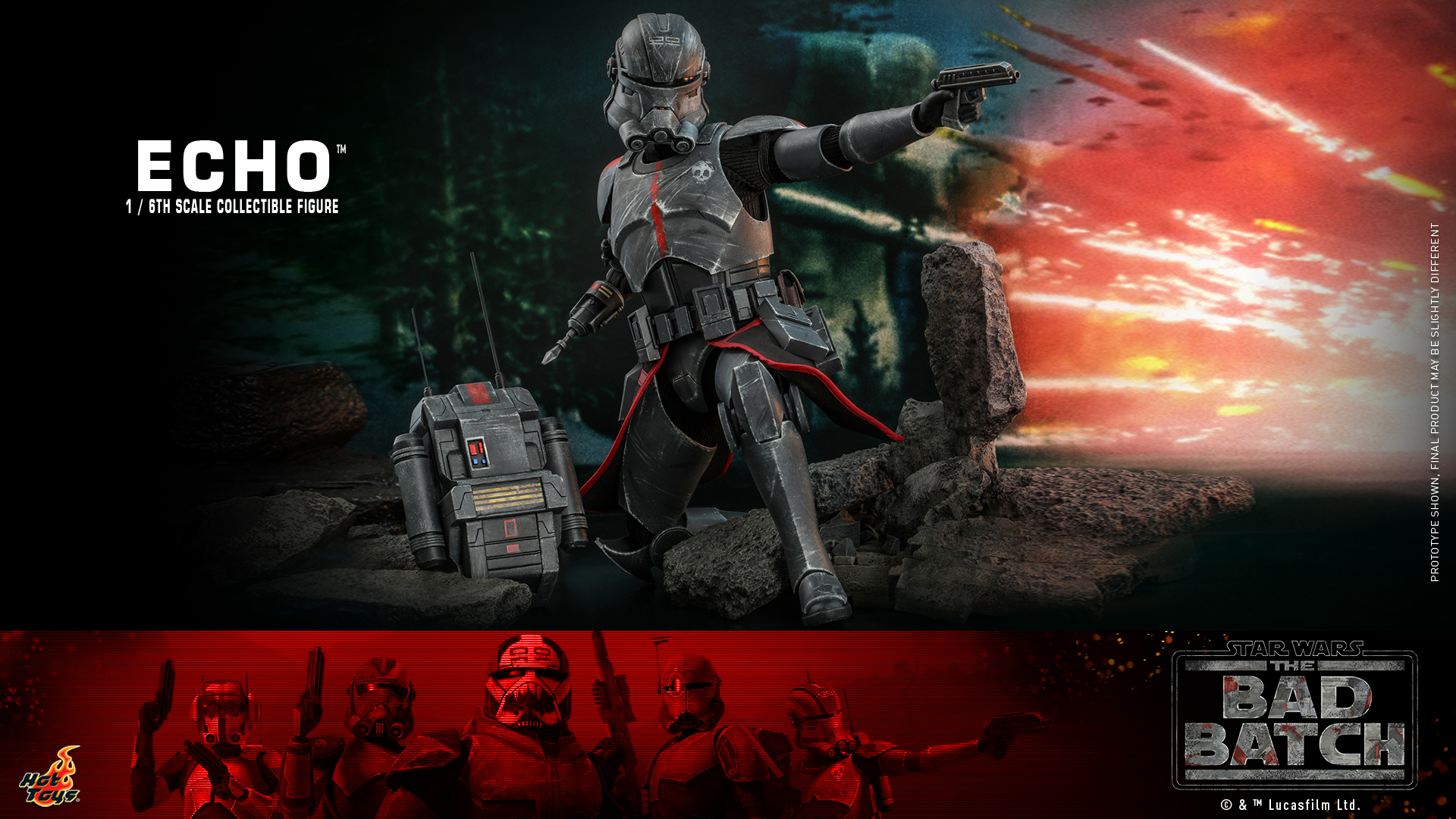 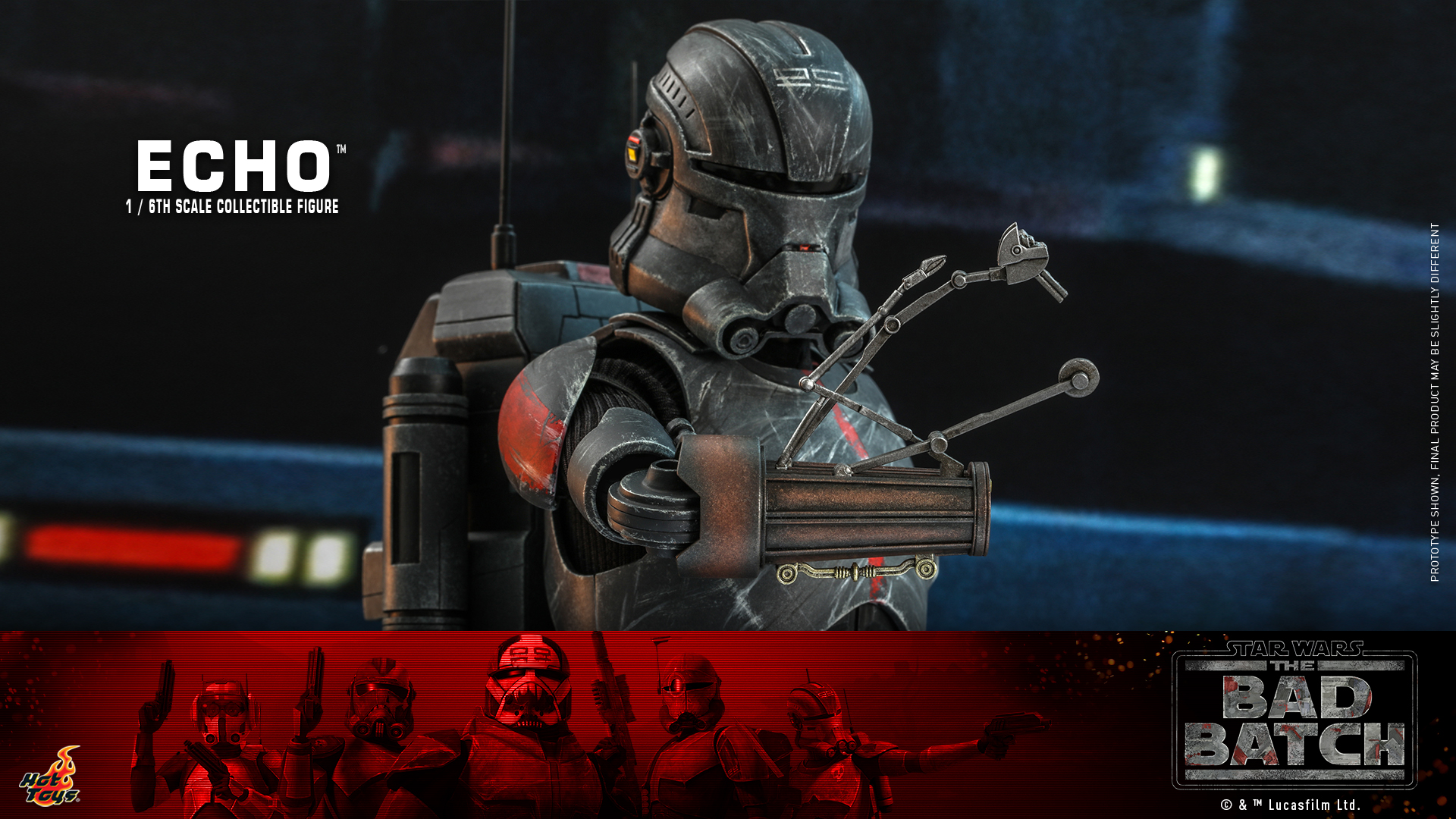 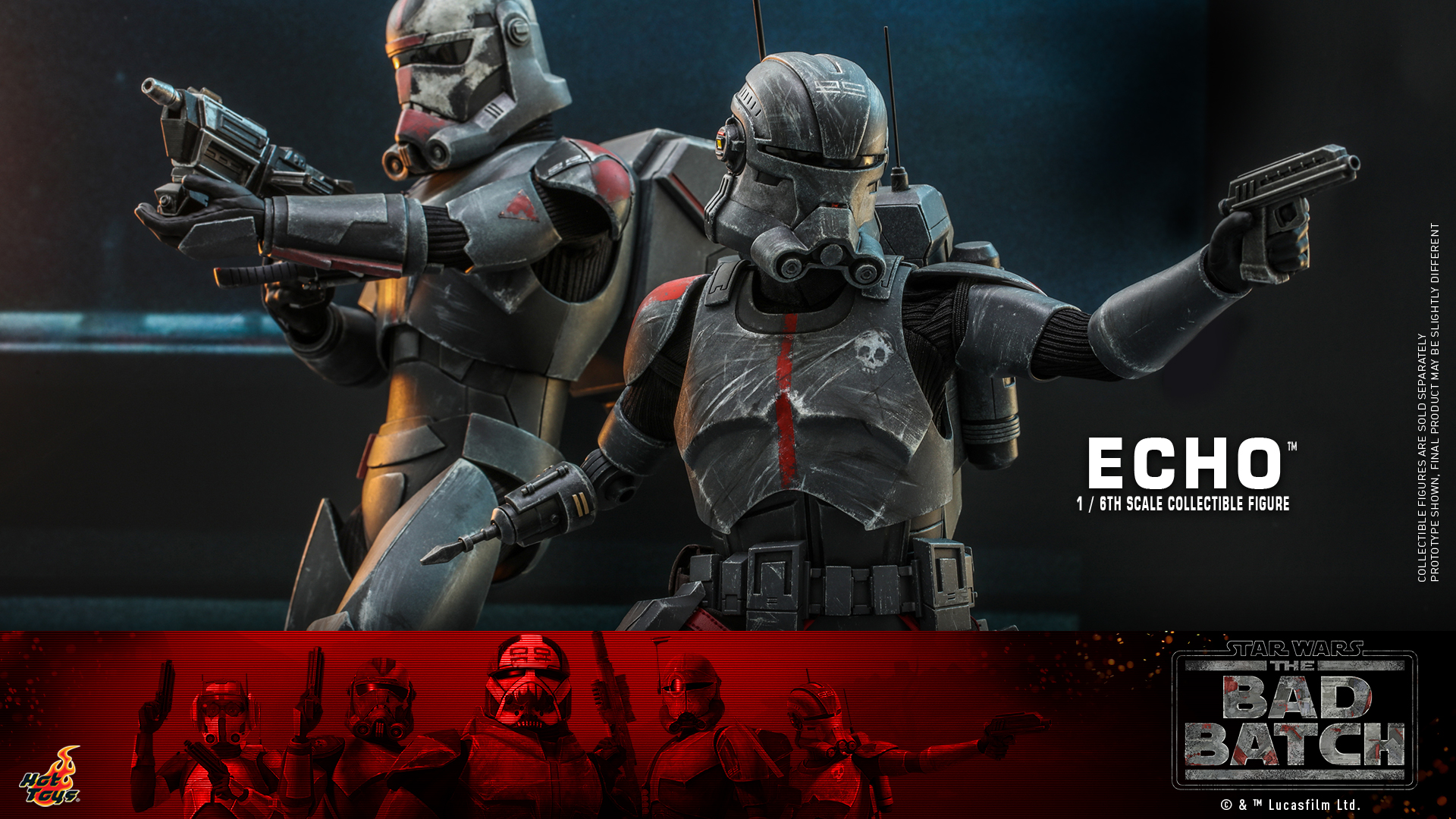 This new Bad Batch “Echo” figure is priced at $285 and will be released in mid 2022. It’s available to pre-order now from Sideshow Collectibles.