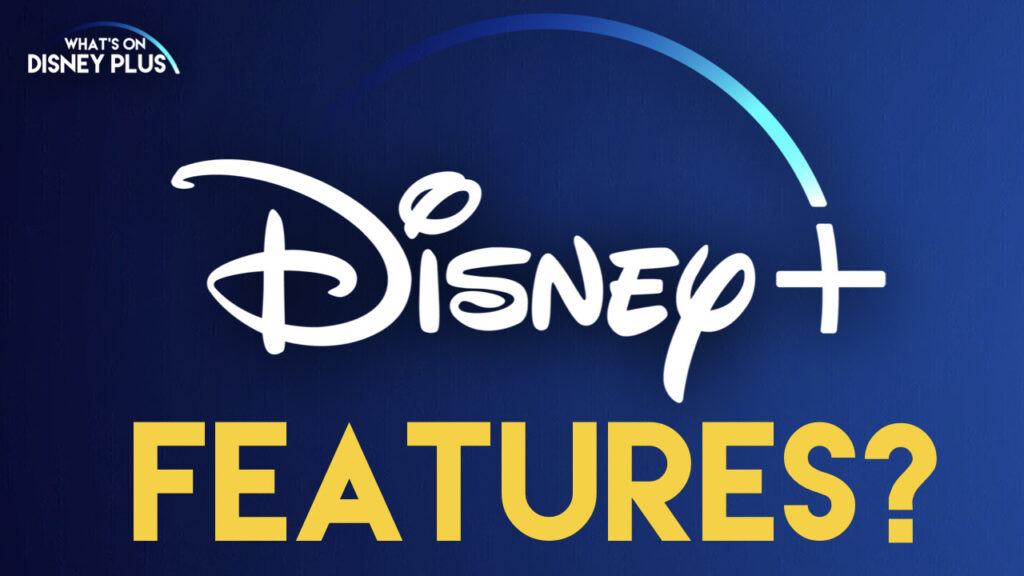 While Disney continues to adjust and add in new features to Disney+, it still lacks as many features as other streaming services. Whilst they have profiles, a basic watchlist, continue watching and search features, Disney needs to do more to add and improve many features to make Disney+ a better service, so let’s look at some of the features they could add and ones they already have.

Let’s first talk about one of the most exciting features added on Disney+ Day, but the way it was implemented had a lot to be desired. IMAX enhanced movies are a prime reason to go and experience movies in the cinema, so adding them to Disney+ was a no brainer. Then it was implemented, and it was only added to thirteen movies, all of which were Marvel movies.

Whilst I am a fan of Marvel, I do personally feel Disney could make more of a variety of movies from Disney’s other subsidiaries. In the future, I would like Disney to add IMAX releases for Star Wars movies, Avatar and Alita Battle Angel, which is streaming in my country, and any other big-budget 20th Century Studios sci-fi, horror or historical movies. Disney+’s IMAX enhanced movies leave a lot to be desired, and I feel as if Disney could improve this by adding the feature to more movies.

Watchlist Row On The Homepage

Now a feature Disney+ has had since launch is the fabled watchlist, a feature that allows you to save movies and TV series for viewing later on. The problem? This feature is basically useless on Disney+ as on the TV it’s a tab like movies and series, whilst on the mobile app, it’s buried under the profiles and settings sections. Disney needs to make the watchlist easier to access, and the easiest way to do it would be to add a watchlist row to the Disney+ homepage just above the “New to Disney+” section.

On Disney+ Day, November 12th, Disney finally added the much desired “coming soon”, before randomly removing the feature from the service, but with a twist when compared to other services. The Disney+ “coming soon” section is currently mainly filled with pages to select original series and movies, but the list barely has any library content. Unless it’s a Disney+ Original, the “coming soon” section doesn’t even fully list what’s coming this week or next week unless it’s a Disney+ Original.

I feel like Disney should have the “coming soon” section at the very least list everything coming within the week ahead with a “coming soon” indicator on the thumbnail of each title, but that’s just my opinion. Disney needs to re-add this feature to help viewers find something to watch at least a week before officially making the content available to subscribers.

This is a feature that is desperately requested by many subscribers. Ever watch a movie or TV series on Netflix and decide it’s not for you, and then you just click the “remove from continue watching” row and find something else to watch? Well, if you try to remove anything from your continue watching on Disney+, well, you can’t. Disney+ lacks this very basic feature. Disney should add this feature as soon as possible. It would help subscribers clear out the stuff they’ve lost interest in or accidentally started viewing. 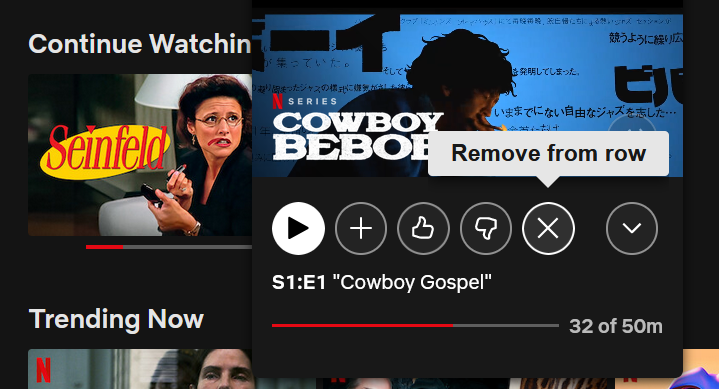 This one ties very closely with the previous feature I discussed, but let me explain. Netflix allows users to click a little bell so they can be notified of upcoming content on their service. I feel this feature could benefit Disney+ and could remind people to open the app every Wednesday and Friday, as well as for any “special occasion” drops people might have forgotten about. 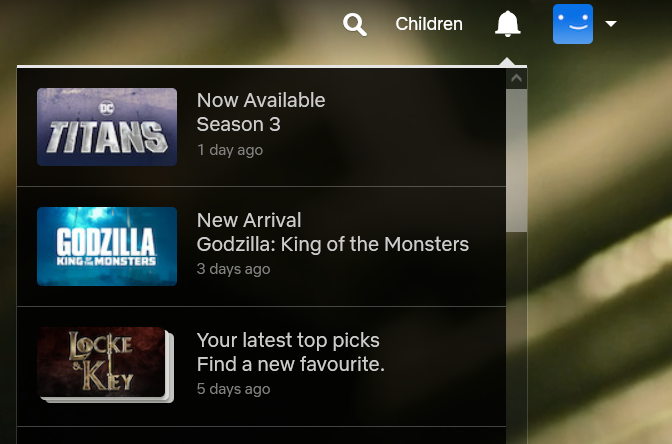 Let’s be honest, this feature is a necessity for Disney+ since Disney seems to forget to add titles to the “New to Disney+” row or add them but put them halfway down the list when they’re added for some unexplained reason. Disney’s original streaming service in Japan, known as Disney Deluxe, had this feature, so Disney should be able to introduce it quite easily. The new indicators will be helpful for subscribers to figure out what movies and series were just added and what series have had new episodes added to the service.

This is a feature that Netflix offers that allows you to decide what you think of a series or a movie. If you hit the like, Netflix recommends you something similar if you hit the dislike, then they recommend something else, so why doesn’t Disney+ offer this feature? Disney could use this feature to help subscribers rediscover their favourite movies and series by merely clicking a like button so Disney can recommend more of their content or decide what not to recommend to you. 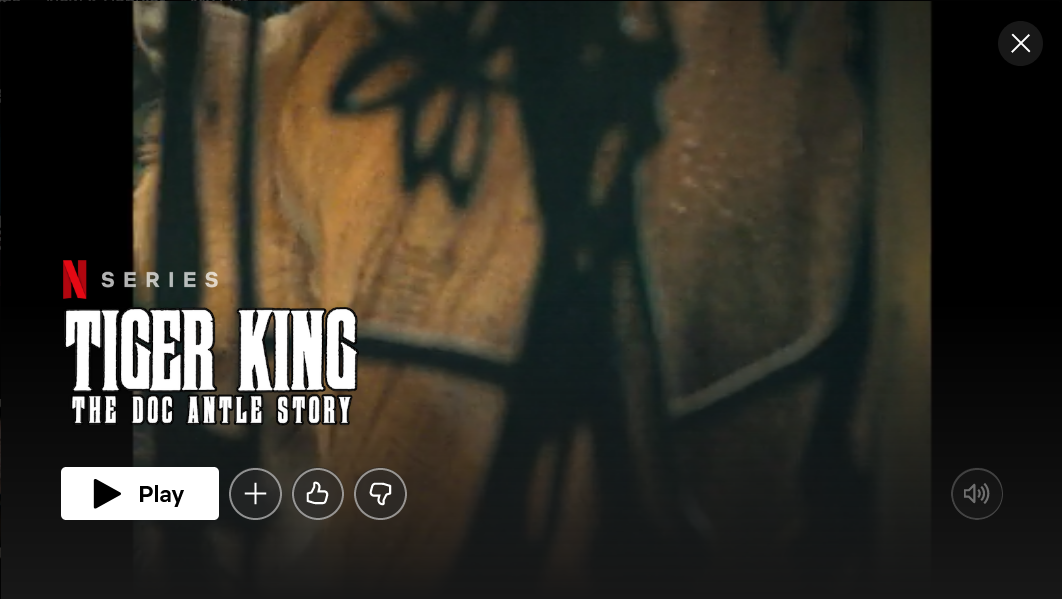 Disney+ might be quickly gaining on Netflix subscriber wise, but feature-wise, Disney+ is so far behind Netflix it’s as if they are on completely different planets. It was expected that Disney+ wouldn’t have all of the features that Netflix had back when Disney+ launched, but two years later, Disney+ still lacks so many basic features that Netflix has made industry standard.

Personally, I’d focus on sorting out the indicators for new content, adding a remove from continue watching feature and improving the coming soon features first and then slowly, adding the other missing features or improving the many standard features that Disney has poorly implemented. Whilst the inclusion of IMAX movies is really nice, Disney needs to improve on the variety of films that offer this feature for people who aren’t diehard Marvel fans. Disney also needs to re-add and improve the coming soon feature to add pages to all the content coming to Disney+ per month. The indicators for new content and new episodes is also very important as it will help subscribers discover what’s new to Disney+, and it’s something Netflix has done for a while.

All in all, I feel like Disney needs to up their game when it comes to adding and improving features on Disney+ to bring the service more in line with Netflix. Disney needs to do right by their fans and make Disney+ the best they possibly can.

What Do You Think? Are There Any Features You’d Like Disney+ To Add?

Ethan "Neil" Holloway is a huge Marvel, Star Wars and Pixar fan who grew up with Disney movies like Iron Man and The Lion King. Ethan has always been fascinated by movies especially ones that give a fair representation to those of disabled backgrounds and hopes to one day publish a novel with Disney Publishing Worldwide. You can call Ethan the "Disney Anime Guy" if you want.
View all posts
Tags: Disney+ Missing Features, Missing Features