Doogie wants to make everything perfect for Walter’s birthday before he leaves for two months to go on the Australian Surfing Tour in the latest episode of the Disney+ Original Series, “Doogie Kameāloha, M.D.” But, from Doogie’s perspective, everything goes wrong. Dr. Lee has her log his surgery recordings, her two friends at the hospital initially leave to do their own things, and her friends and brothers mess up the cake that she paid good money for, before trying to make a new one themselves. But, in the end, she learns the true measure of friendship from her friends, Walter and even Dr. Lee as she experiences a medical emergency within her own family.

This is a vast improvement from last week’s episode, even though some of it is disappointing. This series needs both drama and teenage comedy to truly hit its stride. The episodes that have been purely teen comedy have not worked in my opinion. But, you don’t want a show whose main character is a teenage doctor to be so serious that teens don’t want to watch it. It’s a fine line to walk, and this series hasn’t done it too well overall, but when they do it right, they do it really right. This episode blends it well with the storylines about Doogie wanting something special for Walter and everything going wrong and the parents betting on who can go the longest without checking in providing a nice contrast from the storyline of her great-uncle suffering a cardiac issue and the pain her dad is experiencing at the thought of losing his uncle. It’s the perfect mesh of comedy and drama. 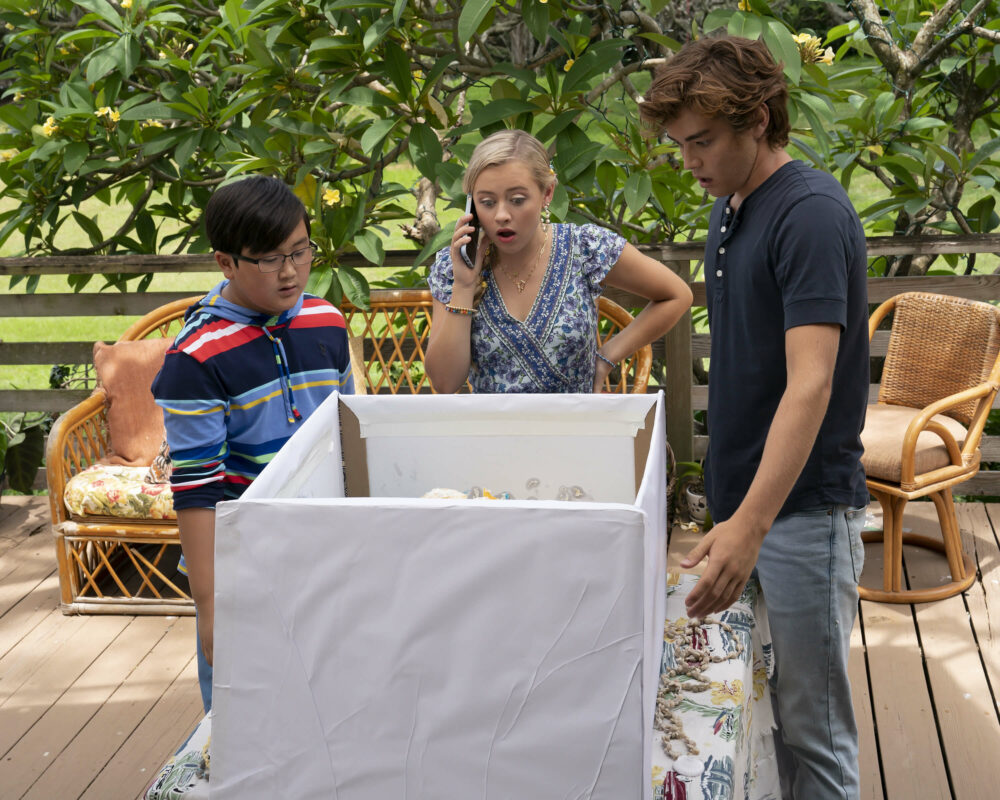 We also get to see some character development from Doogie’s friends. We know Steph will do anything for her best friend and has a crush on Doogie’s brother. But, we get to see her being a genuine friend to Kai instead of just his little sister’s friend. That leads to a moment where he kisses her. She thinks he did it as a distraction to keep Doogie’s eyes of the cake, and while that was definitely part of it, he also is finding some type of feelings for her from the way she has been supporting him during this time when they’ve messed up Walter’s cake. We get to see her two close friends at the hospital, who initially abandoned her to avoid the scutwork, come help her because they want her to be able to spend time with Walter. And, Dr. Lee proves that he’s not really a villain like the show has set him up as until now. He’s challenging Doogie’s mother for the Chief of Staff job and he assigned Doogie the scutwork, but when she needed the best heart doctor on the island, she called him and he came running because he will always help the other doctors when they truly need help. He’s not a bad guy. This is the most character development we’ve seen for people outside Doogie’s family this entire series.

I believe there’s only one more episode left and I hope it continues the trend of two of the last three weeks. I don’t think this show has truly hit a stride, but it’s shown that it could have potential if there is a season two. I’m just not sure if it has done well enough to get a second season.

What did you think of the latest episode of “Doogie Kameāloha, M.D.”?

Jeremy has been a big Disney fan since he was a kid growing up during the Disney Renaissance. One day he hopes to go to every Disney Park in the world.
View all posts
Tags: disney, Disney+ Original, Doogie Kameāloha, review