What's On Disney Plus > Blog > Columns > Does Disney+ In The US Have A General Entertainment Problem? 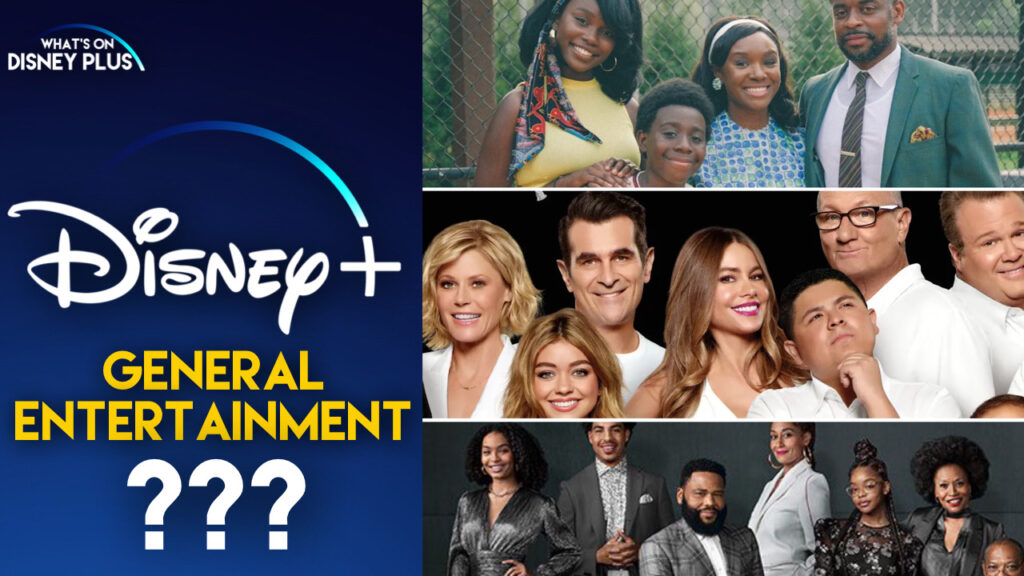 Disney+ launched on November 12th 2019, and launched with a plethora of content from Disney and their related entities, including Lucasfilm, Pixar, Marvel, National Geographic and a handful of movies and shows from their recently acquired 20th Century Fox (now 20th Century Studios and 20th Television).

Many subscribers have branded Disney+ a “Netflix Killer”. However, in the US, Disney+ still hasn’t upload TV shows above a TV14 and movies above a PG13. Internationally in countries such as Canada, Australia and in the UK, this changed when in February they added, Star. The US didn’t get Star due to the existence of Hulu, but they have added barely any shows that are rated TV14 besides a bunch of National Geographic series or movies rated PG13, which aren’t Marvel, Star Wars or Disney branded. 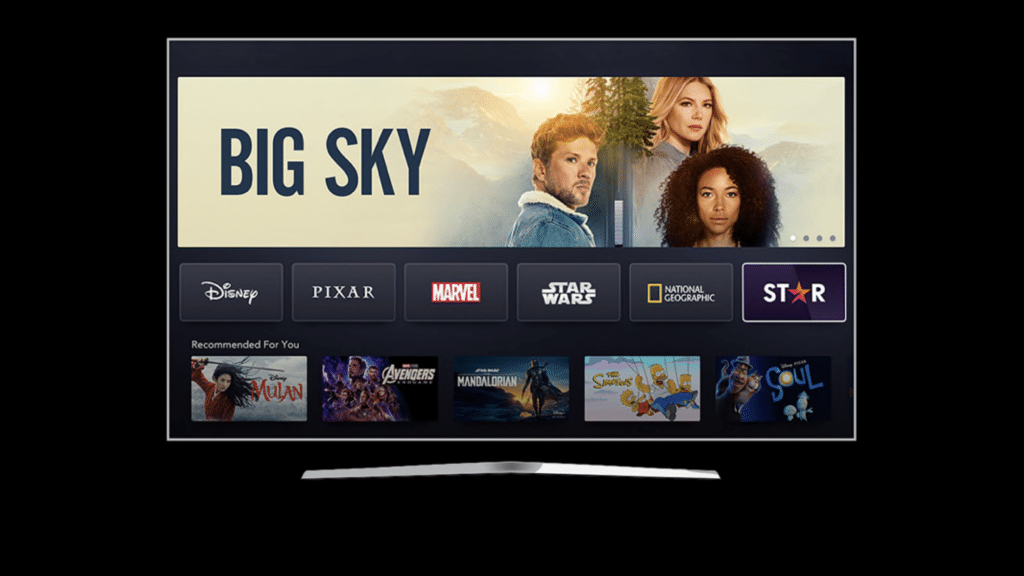 Disney+ has a handful of TV shows that appeal to non-diehard Disney fans like “Big Shot”, “Diary Of A Future President”, “Dinosaurs”, and “The Right Stuff”. Still, it hasn’t really dived into the extensive libraries of ABC, Freeform or 20th Television.

Some people might think shows like Modern Family (TVPG) or Blackish (TVPG) or The Fosters (TV14), or Glee (TV14), for example, are “Too mature” and not “Family-friendly” enough for Disney+. “Glee”, for instance, is a musical series about high schoolers and their dreams of stardom, which basically sounds like the Disney+ Original series “High School Musical: The Musical: The Series”.  “Modern Family” and “Blackish” are both TV series following families and their lives. What could be more family-friendly than shows about modern families dealing with day to day life. “The Fosters” would also be a series that could fit since that follows the five teenagers of the Adams Foster family. All four series I listed above fit within the Disney+ “TV14 and lower” rule, yet none of them are available on Disney+ in the US.

Disney+ also has an issue where they lack a large number of PG and PG13 Touchstone Pictures, Hollywood Pictures and 20th Century Studios movies. 20th Century Studios and Searchlight Pictures still have a deal with HBO for all their movies that are released theatrically. Some notable PG and PG13 films made by 20th Century Studios which aren’t available on Disney+ include “Independence Day”, “Marley and Me”, “Alvin and The Chipmunks”, “Dragon Ball Evolution”, “Tooth Fairy” and “The King and I” (1956), all of which would help Disney+ reach people who may be sceptical of Disney+ only having kids films.  Just having more PG or PG13 rated films, could help boost the view that there are things there for everyone. 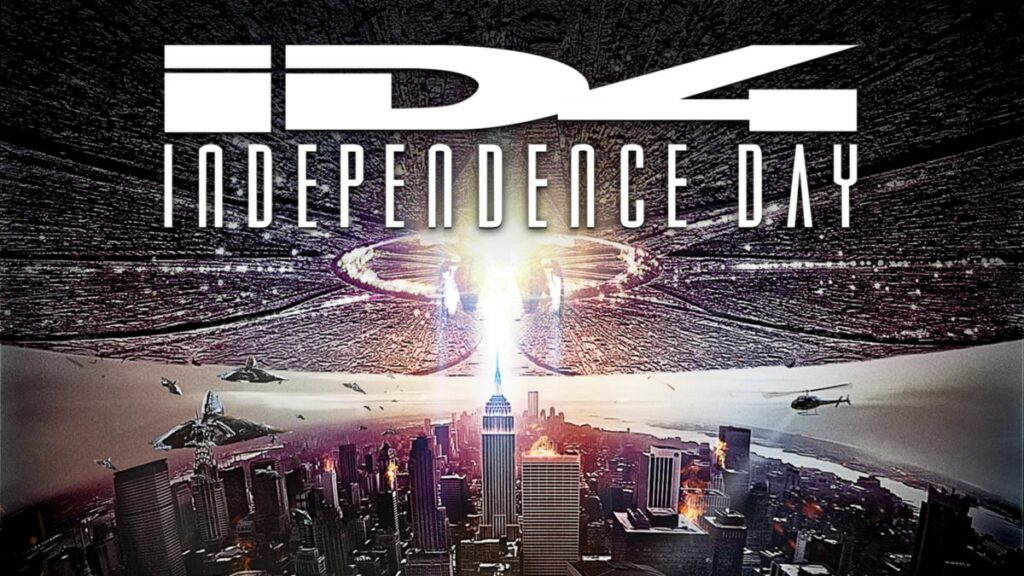 The problem with Disney+ in the US is that the service lacks the general entertainment brand Star, due to Disney owning another streaming service, Hulu. Disney has shown they will be willing to add certain shows and movies to the service that aren’t branded as “Disney”, like “Mrs Doubtfire”, “Home Alone”, “Eragon”, “The Simpsons”, “Once Upon A Time” and “Dinosaurs”, but Disney needs to do more when it comes to adding more general entertainment content.  Check out our list of bingable shows missing.

Disney+ has an extensive library of National Geographic and Disney Channel shows, but they lack so many family-friendly TV shows like “Modern Family”, “Blackish”, etc. I don’t understand why Disney will add all of “The Simpsons” series, movies and shorts but won’t add “Futurama”, which has the same age rating. The same issue plagues the new Disney+ Original “Doogie Kamealoha M.D”, which is a reboot of the classic PG ABC series “Doogie Howser M.D”.

Feeding new and classic content to Hulu is resulting in good content being shifted sideways away from Disney+. 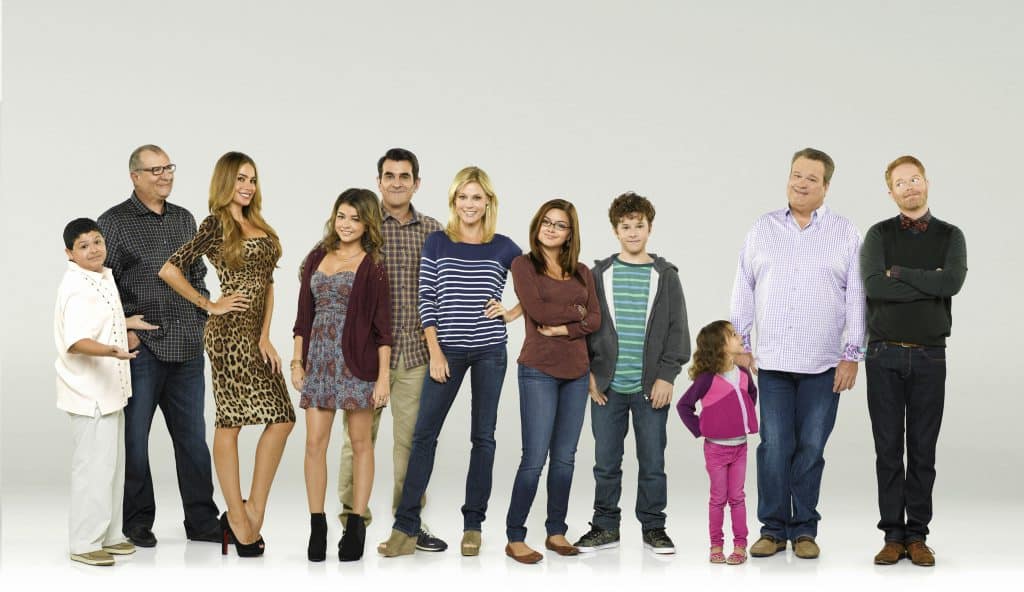 Disney+ is struggling with general entertainment, mostly because Disney wants to relegate all of the TVPG and TV14 ABC, Freeform and 20th Television shows and specials on Hulu instead of Disney+. If Disney wants Disney+ to be seen as more than a babysitting service or as “NatGeo+”, then Disney would need to either have certain ABC shows across Hulu and Disney+ or by moving certain shows from Hulu onto Disney+ if they meet the “Family-friendly” quota.  And adding some National Geographic content that wouldn’t necessarily appeal to children, so more mature-themed documentaries would be a good way of introducing content for adults.

Disney+ in the US doesn’t offer much for subscribers who aren’t already huge fans of Disney, Marvel or Star Wars content. In the US, for Disney+ to be seen as more than a babysitting service, they need to mine their general entertainment TV library and take as many TVPG and TV14 shows within their library and put them on Disney+.  Because children’s shows and nature documentaries can only grow your streaming service so much and this general entertainment content will help in the battle with other streaming services like HBO, Peacock or Netflix, which don’t have an age restriction in place.

Disney is more than just Marvel, Star Wars and children’s TV, and it’s time Disney realises they could be driving millions of people in the US to subscribe to Disney+ if they added some shows like “Modern Family”, “Doogie Howser”, “Scrubs”, “Futurama”, “Blackish” and “Glee” to the service’s library.  Some other new shows like “The Wonder Years” would have been a great fit for Disney+ to increase its drama series lineup for everyone.

Disney doesn’t need to shut down Hulu to have TVPG and TV14 shows on Disney+; they could just do a “shared stream” where the shows stream on both services, at the same time. Will Disney listen? I don’t know, but I recommend everyone in the US submits requests for TVPG and TV14 shows so that Disney will add the series to Disney+. With a name like “Disney+”, you’d think they would have more Disney owned content which isn’t one of their five core brands.

What do you think? Does Disney+ In The US Have A General Entertainment Problem?

Special thanks to Deja__Drew, Inkiadk and DoctorWhoLad on Twitter, who helped me by checking some of the age ratings and telling me some of the content on the US Disney+.

Ethan "Neil" Holloway is a huge Marvel, Star Wars and Pixar fan who grew up with Disney movies like Iron Man and The Lion King. Ethan has always been fascinated by movies especially ones that give a fair representation to those of disabled backgrounds and hopes to one day publish a novel with Disney Publishing Worldwide. You can call Ethan the "Disney Anime Guy" if you want.
View all posts
Tags: disney