Disney has announced a brand new series called “Disney’s Magic Bake-Off”, which is being created by the Disney Channel and the modern media company Tastemade.

“Disney’s Magic Bake-Off” is a competitive series for kids 6-14 that combines the wonder of baking with the ingenuity of young pastry chefs. Multitalented stars Dara Reneé (“High School Musical: The Musical: The Series”) and Issac Ryan Brown (“Raven’s Home”) will co-host the 13-episode series and, along with Disneyland resort pastry chef Graciela Gomez, will guide kid contestants through a series of challenges and surprises as they create the most extraordinary cakes inspired by the magic of Disney.

Imagination rules and teamwork triumphs in “Disney’s Magic Bake-Off,” as three teams of two race against the clock to design a Disney-inspired cake utilizing Tastemade’s signature recipe videos and an enchanted pantry filled with a wonderful world of ingredients and surprises. Hosts Reneé and Brown, along with pastry chef Gomez, guide the kid bakers through a series of challenges, fun games, and unexpected twists, all designed to elevate the contestants’ baking abilities, techniques and creativity to new culinary heights. Each episode will declare a winning team to be named Disney Baking Champion. The winning recipe will become a featured Tastemade video, available on Disney Channel and Tastemade social media platforms. Production is currently underway for a summer premiere. 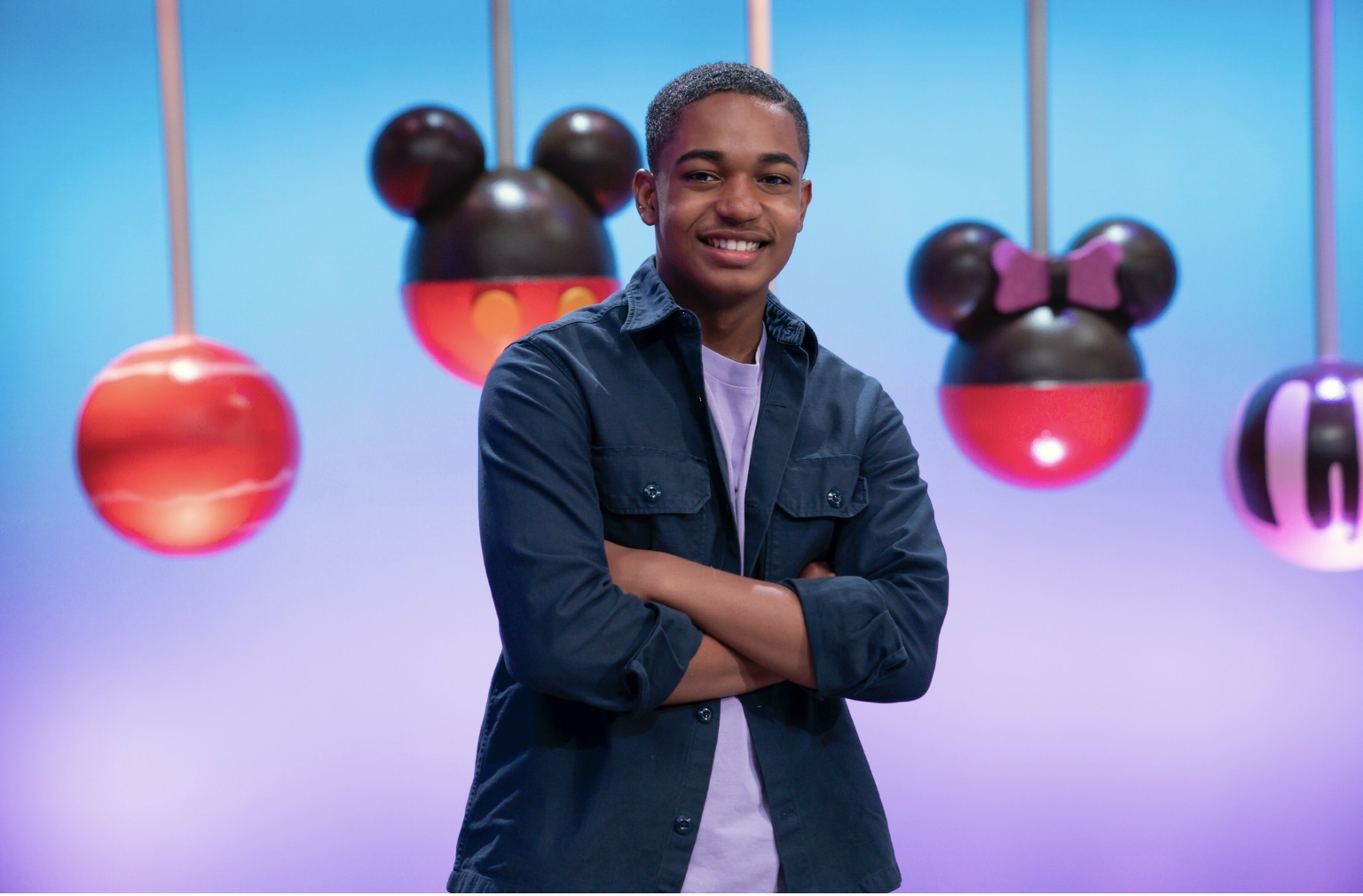 “Tastemade’s unique and innovative approach in the food programming space has made this partnership invaluable as we embark on Disney Channel’s first-ever baking competition series,” said Claire McCabe, vice president, Alternative Programming and Development, Disney Branded Television. “With our magnetic hosts, Dara Reneé and Issac Ryan Brown, leading the way for a group of talented young bakers, there’s no limit to the imagination, fun and magic this series will deliver.”

“The unsurpassed imagination and creativity of Disney paired with Tastemade’s attention to detail, premium aesthetic and dynamic approach to the food genre make for an extraordinary partnership,” said Emily Mraz, head of Development at Tastemade. “Disney and Tastemade share a love for storytelling and are always looking for dynamic ways to engage audiences, so working together in this new way represents a truly special opportunity.”

Co-hosts Reneé and Brown are Disney fan-favorites of audiences of all ages worldwide. Reneé is captivating viewers in her starring role as Kourtney in the Disney+ hit series “High School Musical: The Musical: The Series,” set to debut season two this Spring. The versatile performer is also known for her breakout role in the Disney Channel Original Movie “Freaky Friday” as well as her recurring guest star role on ABC’s hit series, “black-ish.” Brown is best known for his starring role as Booker in Disney Channel’s hit series “Raven’s Home,” now airing its fourth season. He first dazzled audiences singing on “America’s Got Talented” at the age of six. He went on to land recurring guest star roles in numerous hit series, including “black-ish” and “Devious Maids.” A talented voice actor, Brown can also be heard in several hit animated series, including “Puppy Dog Pals,” “Miles from Tomorrowland” and “The Owl House,” to name a few. As hosts of “Disney’s Magic Bake Off,” the powerhouse stars will keep viewers entertained and empower the kid contestants to have fun as they set out to become Disney Baking Champions. 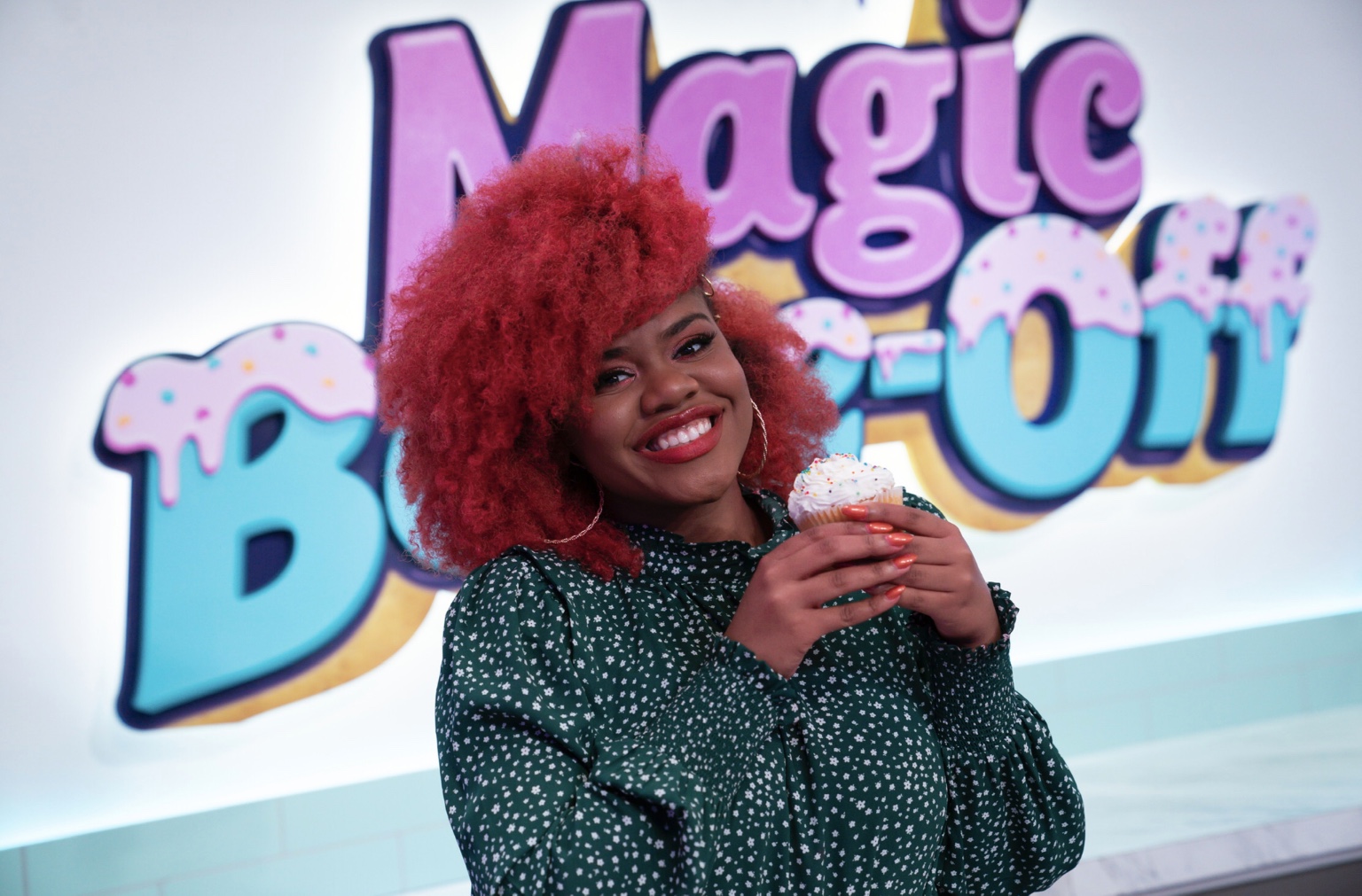 Tastemade engages a global audience of more than 300 million monthly viewers on all major digital, mobile, and streaming television platforms, streaming 2.5+ billion views each month, and creates award-winning video content and original programming in the categories of food, travel, and home & design.

No release date for the Disney Channel or for Disney+ has yet been announced.

Are you looking forward to “Disney’s Magic Bake-Off”?

Roger has been a Disney fan since he was a kid and this interest has grown over the years. He has visited Disney Parks around the globe and has a vast collection of Disney movies and collectibles. He is the owner of What's On Disney Plus & DisKingdom. Email: Roger@WhatsOnDisneyPlus.com Twitter: Twitter.com/RogPalmerUK Facebook: Facebook.com/rogpalmeruk
View all posts
Tags: Magic bake off