Disney has announced the release date for the upcoming series“Disney’s Magic Bake-Off,” which will debut on Friday 13th August, after the debut of a new Disney Channel Original Movie “Spin”.

“Disney’s Magic Bake-Off” is a new one-hour competitive series for kids 6-14 combining the wonder of baking with the ingenuity of young pastry chefs as they create the most extraordinary cakes inspired by the magic of Disney.

Imagination rules and teamwork triumphs as three teams of two race against the clock to design a Disney-inspired cake, including classics such as “Star Wars,” “The Lion King,” “Toy Story,” “Descendants,” “Zombies,” and more! Co-hosts Dara Reneé and Issac Ryan Brown, along with Disneyland resort pastry chef Graciela Gomez, guide the kid bakers through fun challenges and unexpected twists, all designed to elevate the contestants’ baking abilities, techniques and creativity to new culinary heights. Each episode will declare a winning team to be named Disney Baking Champion. The winning recipe will become a featured Tastemade video available on Disney Channel and Tastemade social media platforms. 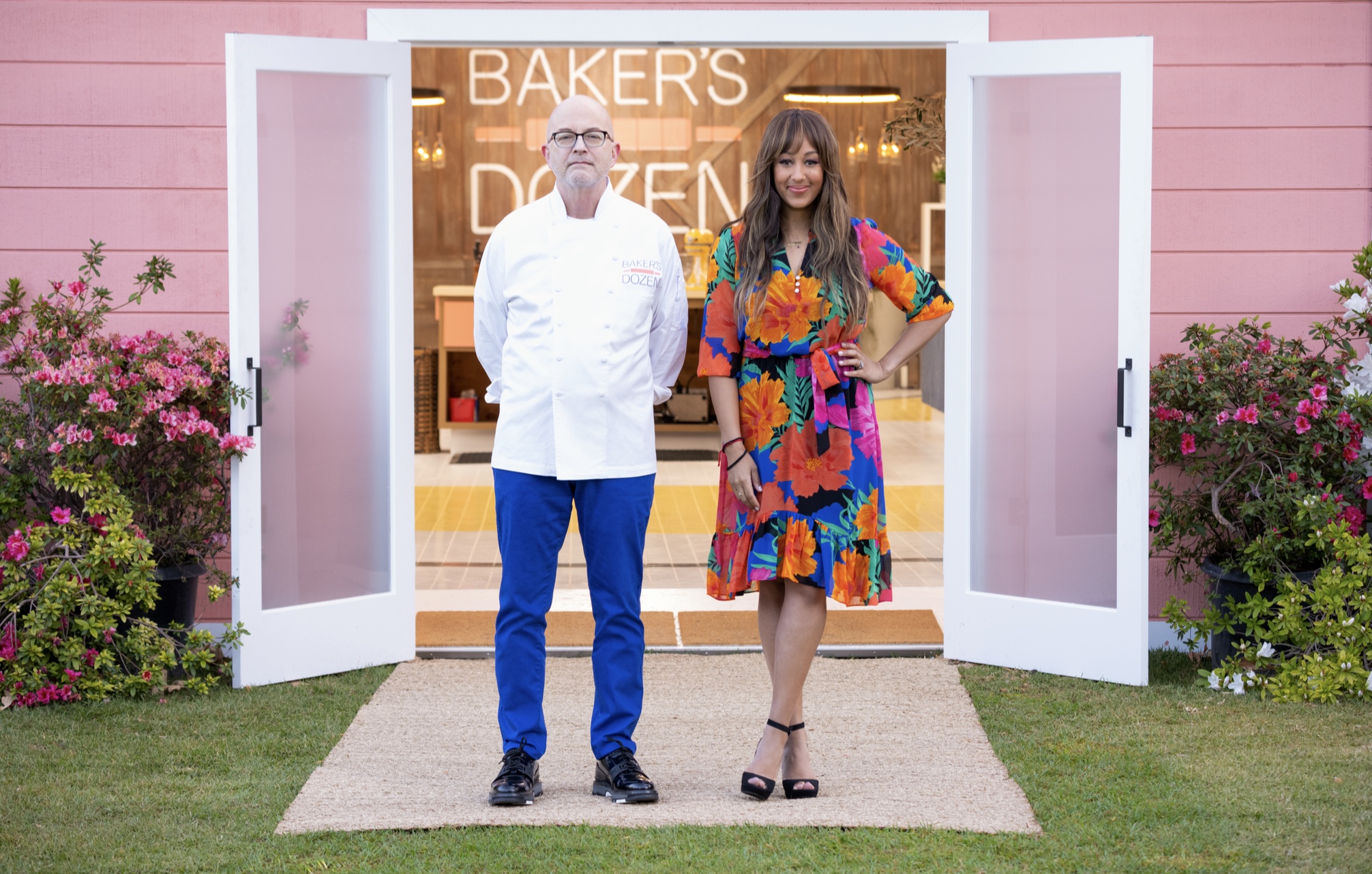 After its Friday 13th August debut, the series will be available every Friday evening on Disney Channel and DisneyNOW. Created by Tastemade, “Disney’s Magic Bake-Off” is executive produced by Emily Mraz (“Broken Bread”), Joey Lucas (“Beyond the Block”) and Molly O’Rourke (“Lovely Bites by Chef Lovely”).

No Disney+ release date has yet been announced for the US or internationally.

Are you looking forward to this new cookery show?

Roger has been a Disney fan since he was a kid and this interest has grown over the years. He has visited Disney Parks around the globe and has a vast collection of Disney movies and collectibles. He is the owner of What's On Disney Plus & DisKingdom. Email: Roger@WhatsOnDisneyPlus.com Twitter: Twitter.com/RogPalmerUK Facebook: Facebook.com/rogpalmeruk
View all posts
Tags: disney magic bake-off