Today is National Streaming Day and there is going to be plenty of news regarding Disney’s streaming services, Disney+, ESPN+ and Hulu.

Throughout the day, Disney will be dropping some sneak peeks, along with some exclusive announcements of Summer’s series and movies, watch parties of classic movies and shows, and more.  Some highlights include trailer for the second season of “Love, Victor” and much more.

Here’s the rundown of today’s announcements: 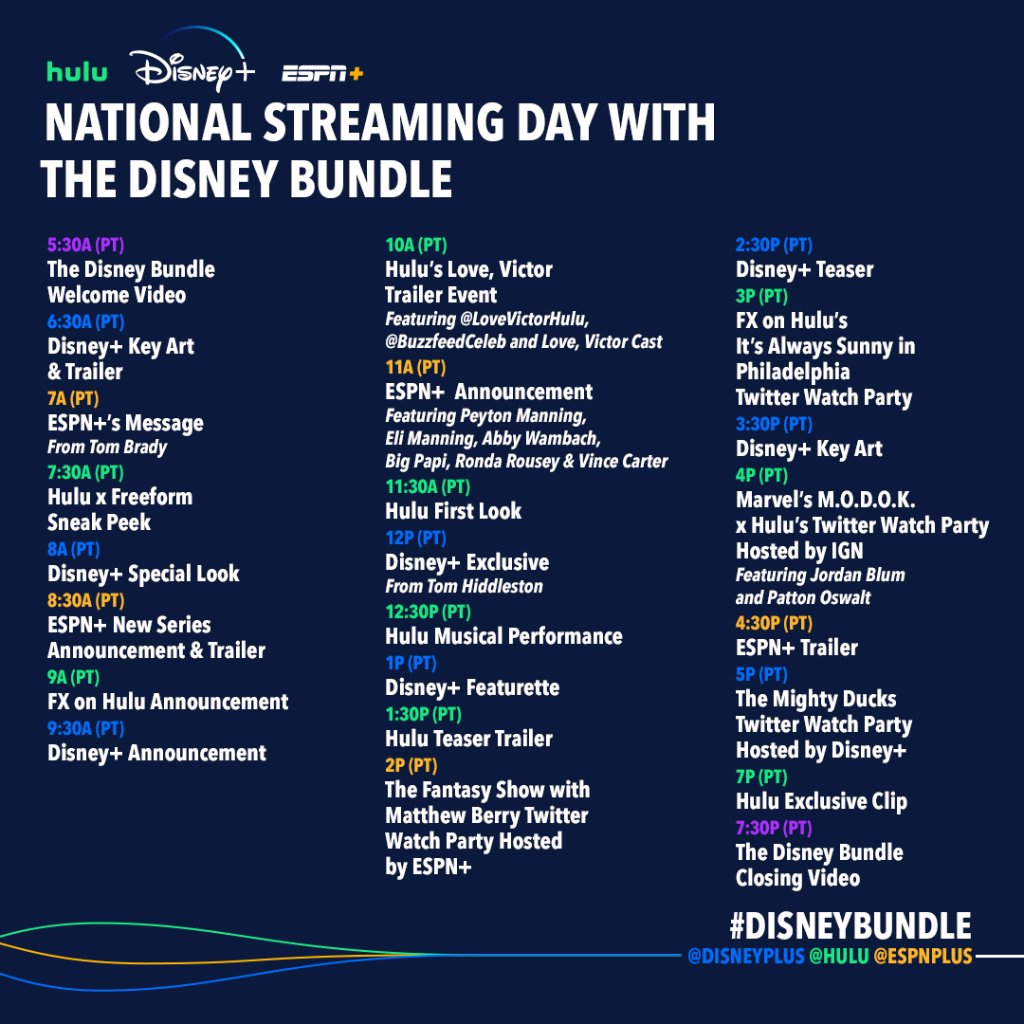 To kick off the celebration, the Disney Bundle lit up the Los Angeles sky with over 200 drones forming iconic characters and imagery from the three streamers. Luminous displays of Grogu from “The Mandalorian” on Disney+, Captain America’s shield from “The Falcon and The Winter Soldier” on Disney+, wings from “The Handmaid’s Tale” on Hulu, and an MLB baseball for ESPN+ dazzled viewers and invited them to celebrate the holiday.

What are you looking forward to seeing announced today?

Roger has been a Disney fan since he was a kid and this interest has grown over the years. He has visited Disney Parks around the globe and has a vast collection of Disney movies and collectibles. He is the owner of What's On Disney Plus & DisKingdom. Email: Roger@WhatsOnDisneyPlus.com Twitter: Twitter.com/RogPalmerUK Facebook: Facebook.com/rogpalmeruk
View all posts
Tags: national streaming day