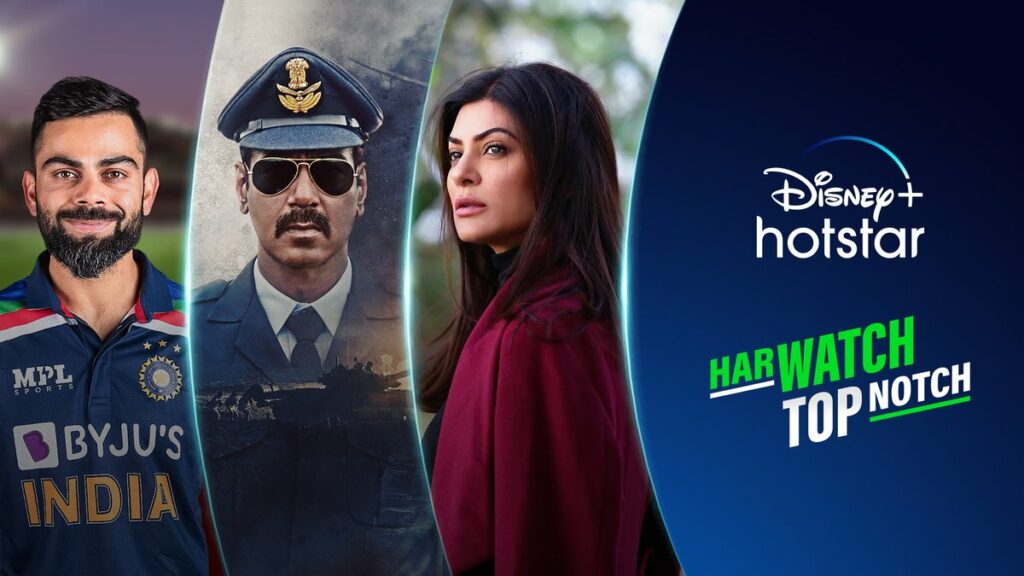 Disney has made multiple announcements about its streaming service, Disney+ Hotstar in India, including a change to how subscriptions work and 18 new original specials.

Currently, Disney+ Hotstar runs different tiers, VIP and Premium, which means selected content is only available on the higher tier, but that’ll be changing, as the first time, subscribers will be able to access the full content catalogue across languages including the vast library of Disney content like Disney+ Originals, latest American shows and blockbuster Hollywood movies; irrespective of their preferred plan of choice.

“The content slate demonstrates our relentless pursuit of bringing original and locally relevant stories to our consumers.   With our fresh slate of movies and shows, we are proud that India’s top stars and industry stalwarts have chosen to debut with us to present stories that are genre-defining clubbed with high-quality production that makes Har Watch, Top Notch. With the newly introduced subscription plans, we want to make our content more accessible to our viewers by offering best-in-class entertainment while giving them an opportunity to choose the plan that best suits their needs,

“At Disney Star, we believe in the power of great storytelling. We have always challenged conventions and been at the forefront of content creation with powerful and category-defining stories ranging from strong women-centric narratives, mythology to history and contemporary tales.  We’re thrilled to expand our offering on Disney+ Hotstar by adding an incredible array of blockbuster movies and multilingual original series in Telugu and Tamil.”

Here’s a preview video of some of the new content:

Making all of the content available to all subscribers, will ultimately make it easier for the promotion of content, as running two versions is more complicated, with the tiers being similar to how other streaming services like Netflix operate.  Plus offering a low-cost mobile option will be popular, with another option available for larger families with 4K content on big screens. It also makes Disney+ Hotstar in India more on par with how it operates in other countries.

What do you think of these new announcements?