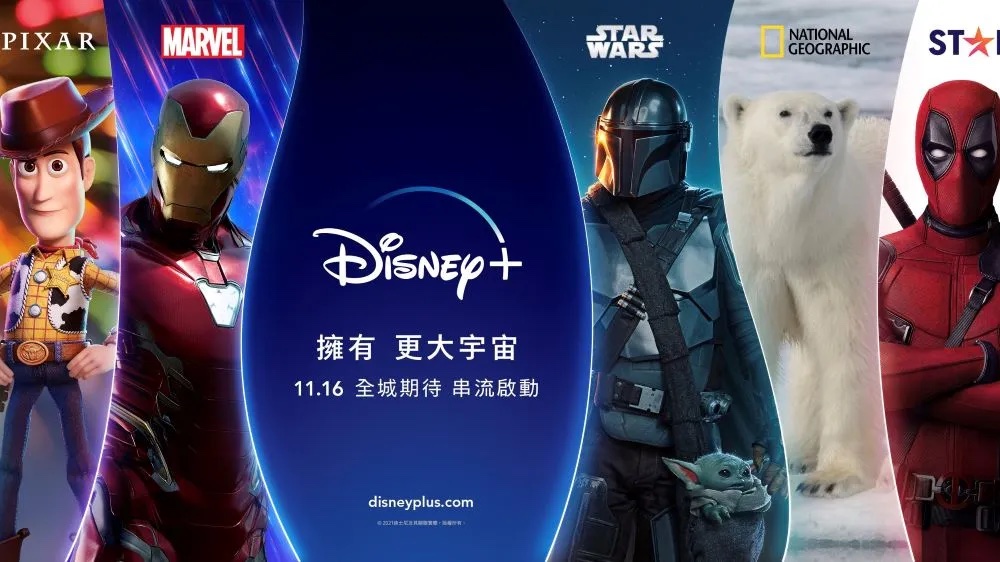 Earlier this year, Disney announced that its streaming service Disney+ would be launching in Hong Kong on Tuesday 16th November 2021.

Ahead of the launch, Disney held a special event in Hong Kong and confirmed some pricing details.

Hong Kong Broadband Network also announced that it will be the exclusive broadband service provider for Disney+ in Hong Kong, bringing its rich and exciting array of global and regional branded entertainment content to the screens of 7.5 million Hongkongers.

When Disney+ launches in Hong Kong, it will have access to over 1200 films and 16,000 episodes from across Disney’s portfolio of studios, including Disney, Pixar, Marvel, Star Wars, National Geographic, FX, 20th Century Studios, ABC, Searchlight Pictures and more.

The streaming service is home to exclusive Disney+ Originals content and specials, including Marvel Studios’ WandaVision, Loki and The Falcon and The Winter Soldier; Star Wars series The Mandalorian; Disney and Pixar’s Luca, National Geographic’s Secrets of the Whales; Frozen spin-off Olaf Presents, and more.  There will also be new original content and Asian content, which will be released under the Star brand.

No details on upcoming Hong Kong made originals were revealed at the event, but Disney is hosting a special APAC showcase event on Thursday 14th October to highlight the content heading to Disney+ throughout Asia-Pacific.

“We are excited to bring endless entertainment to audiences in Hong Kong through Disney Plus. From beloved classics to recent blockbuster releases and new original content, Disney Plus will offer to consumers an exceptional and expansive selection of entertainment for all ages, all in one place. With Disney Plus, we aspire to engage and delight consumers through unparalleled storytelling, creative excellence and cutting-edge content delivery.”

“As a company committed to delivering more value and choice to our customers, our collaboration with Disney+ brings to our million-strong customer base the very best in global entertainment and high-speed content delivery. Our customers can enjoy best-in-class content and streaming experiences via our high-speed and reliable broadband and mobile services. Consumers can also enjoy great savings with the convenience of having multiple telecom and entertainment services under a single bill.”

The Disney+ mobile service bundles will be available in both 4G and 5G options, bringing maximum value, performance and flexibility. The very attractive Disney+ offerings will be available starting 16th November 2021. To get a special early bird offer, please visit the HKBN website [http://www.hkbn.net/disneyplus/en]

Disney+ has already launched in many Asian countries, including Singapore and Japan, with Disney+ Hotstar operating in India, Indonesia, Malaysia and Thailand. Disney+ will also be launching on 12th November in Taiwan and South Korea.

Roger has been a Disney fan since he was a kid and this interest has grown over the years. He has visited Disney Parks around the globe and has a vast collection of Disney movies and collectibles. He is the owner of What's On Disney Plus & DisKingdom. Email: Roger@WhatsOnDisneyPlus.com Twitter: Twitter.com/RogPalmerUK Facebook: Facebook.com/rogpalmeruk
View all posts
Tags: disney, hong kong