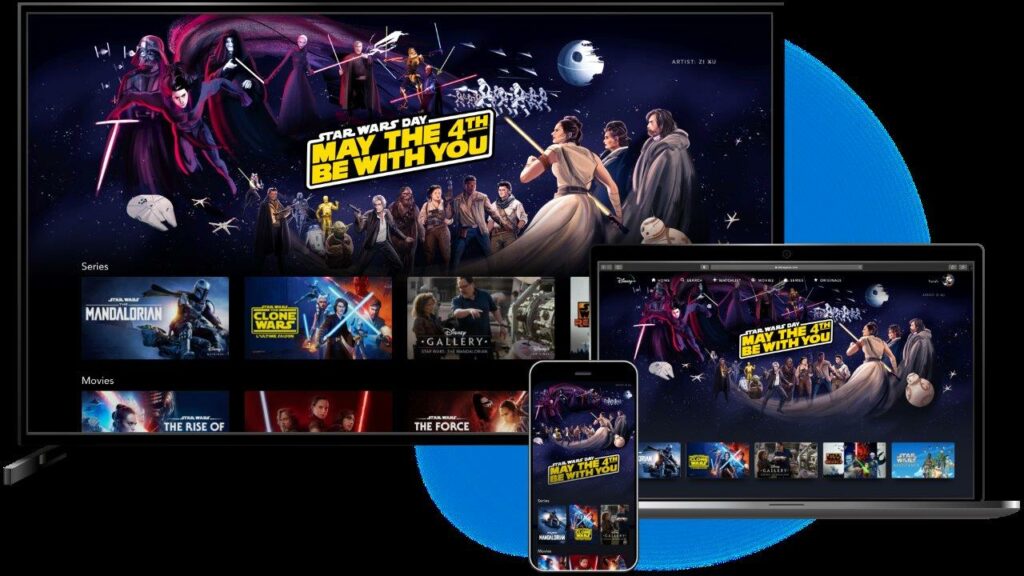 Disney+ is celebrating Star Wars Day aka May the 4th (be with you), with a takeover that features commissioned original artwork by a group of global artists and “Star Wars” fans.

Lucasfilm and Disney+ have worked with each artist to identify what title resonated most with them and have created unique pieces that visually bring to life the magic of the story.
The new artwork launches today with the first piece of epic fan art on the “Star Wars” brand landing page, with the artwork celebration, continuing on Disney+ next week, from Tuesday, May 4th until Saturday, May 9th with each movie and series’ illustrations updated to feature the original one-of-a-kind artwork. The updated art will become available for the below titles:

Here’s a preview of the Star Wars Takeover: 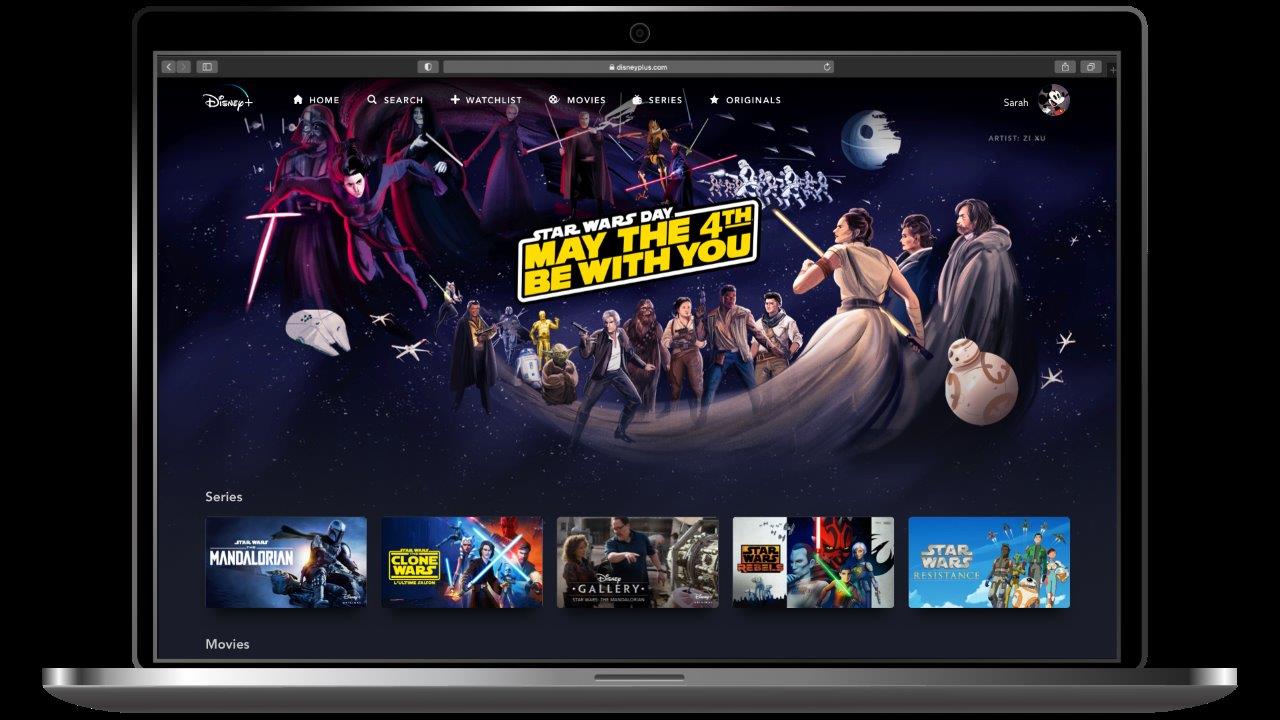 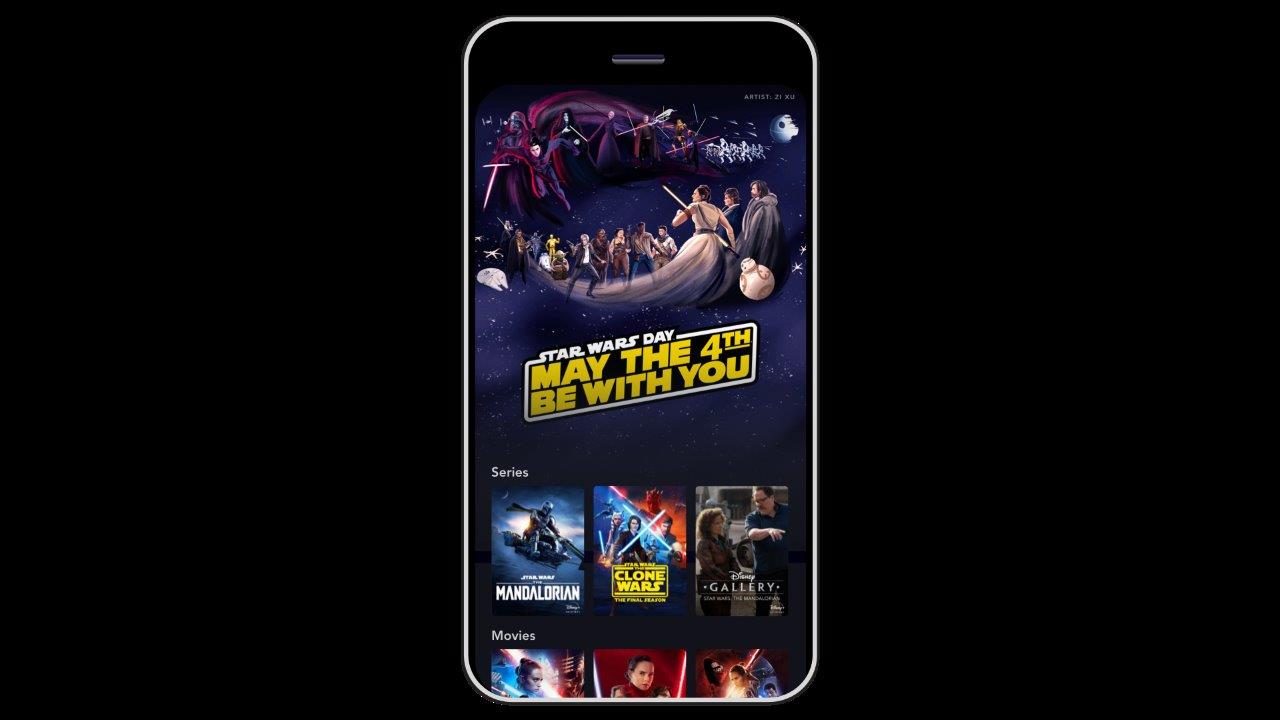 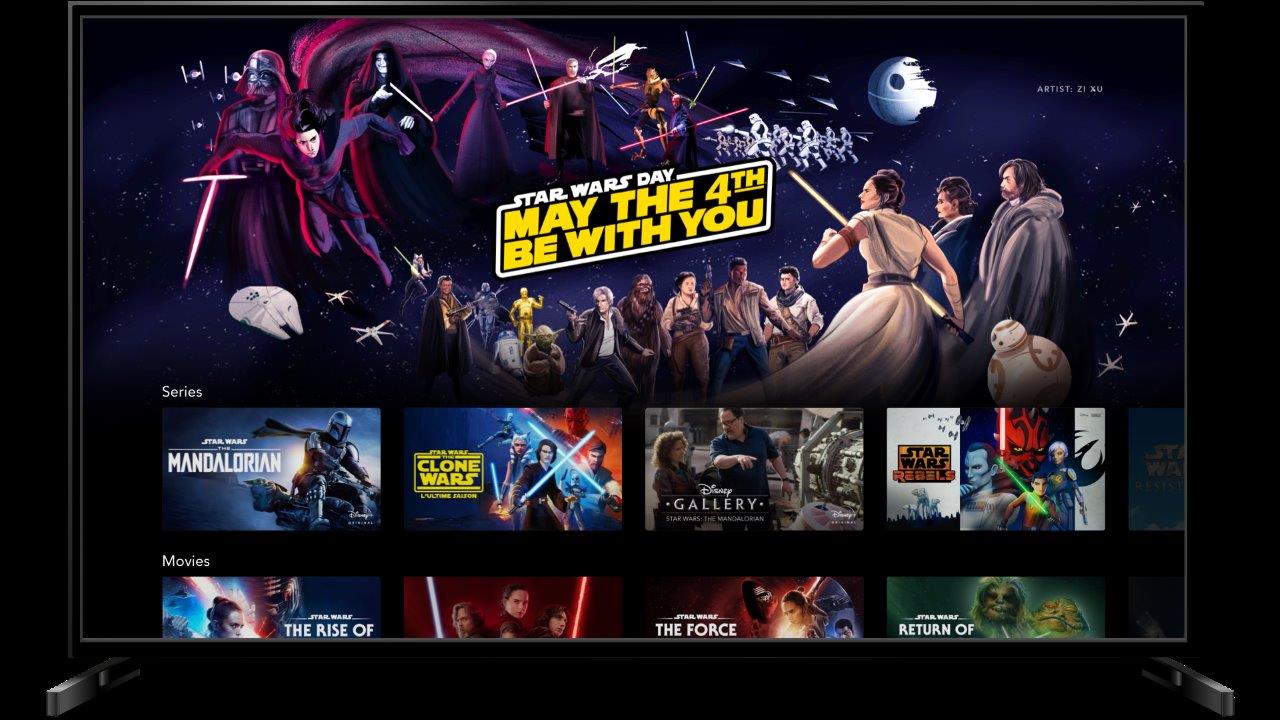 “We are constantly challenging ourselves to create experiences that engage fans more deeply and creatively with the Disney+ user interface. Whenever they open the app, we want viewers to feel like they are entering a truly unique Disney experience. For this year’s “May the 4th,” we teamed up with Lucasfilm to celebrate the fans that make this day possible by showcasing multiple pieces of impressive fan art created by the Star Wars community on Disney+.”

What artwork is your favourite?