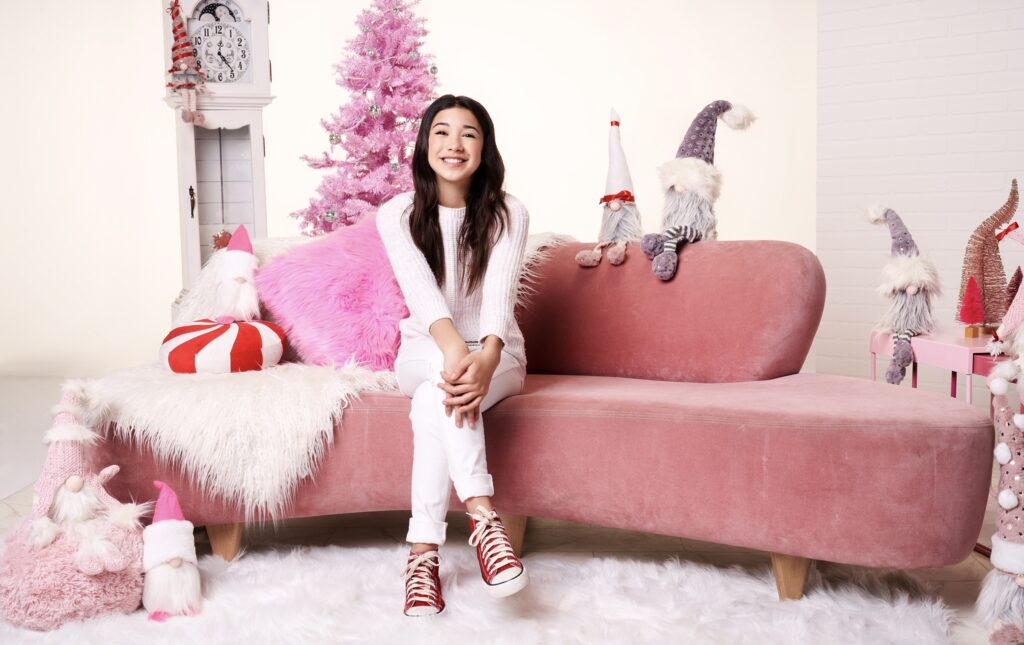 “Christmas Again” will be coming to the Disney Channel on Friday, 3rd December at 8:00 p.m. EST/PST.  No Disney+ release date has yet been announced, but hopefully, it won’t be too long as otherwise, it’ll miss the Christmas period.

Disney fan-favorite Scarlett Estevez (“BUNK’D” and the upcoming “Ultra Violet & Black Scorpion”) stars as Rowena “Ro,” a high-spirited teenager experiencing a lackluster Christmas. Ro isn’t handling her parents’ divorce well because she wants her life back the way it was—her parents back together, her dad’s new girlfriend and son out of the picture, and their family traditions to remain the same. After a disappointing celebration with her family, including her sister Gabriela “Gabby,” Abuela Sofia and Abuelo Hector, she makes a wish to a neighborhood Santa for a “do-over” and unexpectedly finds herself reliving Christmas day over and over … and over again. Now, in order to break the strange magical loop, Ro must learn to appreciate her loving family as it is, as well as the true meaning of Christmas.

Roger has been a Disney fan since he was a kid and this interest has grown over the years. He has visited Disney Parks around the globe and has a vast collection of Disney movies and collectibles. He is the owner of What's On Disney Plus & DisKingdom. Email: Roger@WhatsOnDisneyPlus.com Twitter: Twitter.com/RogPalmerUK Facebook: Facebook.com/rogpalmeruk
View all posts
Tags: Christmas time