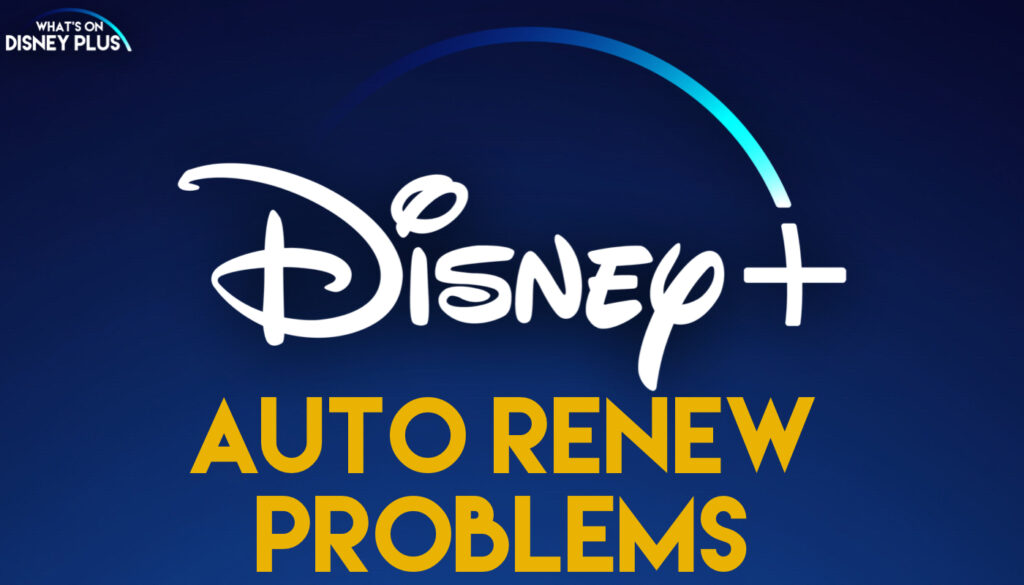 It’s been a year since Disney+ launched in the United Kingdom, Ireland and across many countries in Europe, leading to many of the early adopters getting their first automatic renewal of their annual subscription.

Last month in the UK and across Europe, Disney+ increased it’s price, going from £59.99 to £79.99 a year. This is because Disney is investing in many more Disney+ Original shows for the streaming service and also added the new general entertainment brand “Star”, which added hundreds of new mature titles to the service.

Disney had stated that existing subscribers wouldn’t be charged the new renewal price until August, so everyone who signed up at launch, would get another year at £59.99.

Unfortunately, there has been a major billing issue with many Disney+ subscribers having their subscriptions stopped due to failed payments from outdated or incorrect payment information.

Disney has issued a statement on social media addressing this situation: 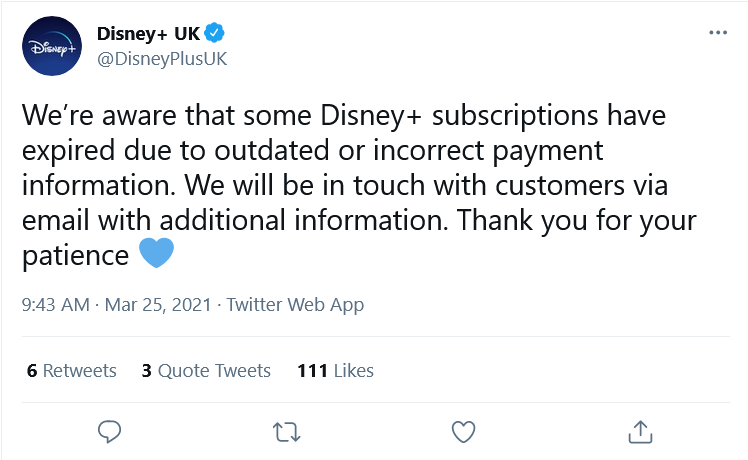 This has then led to a problem where when the payment information has been updated. The price has reverted to the new price (£79.99) rather than the old price (£59.99).

Had Disney sent out an email reminder to people before the renewal was about to occur, most of these issues could have been avoided.

If you have a problem with your account, Disney has stated they will be contacting customers to sort the problem.

They can be contacted at help.disneyplus.com.