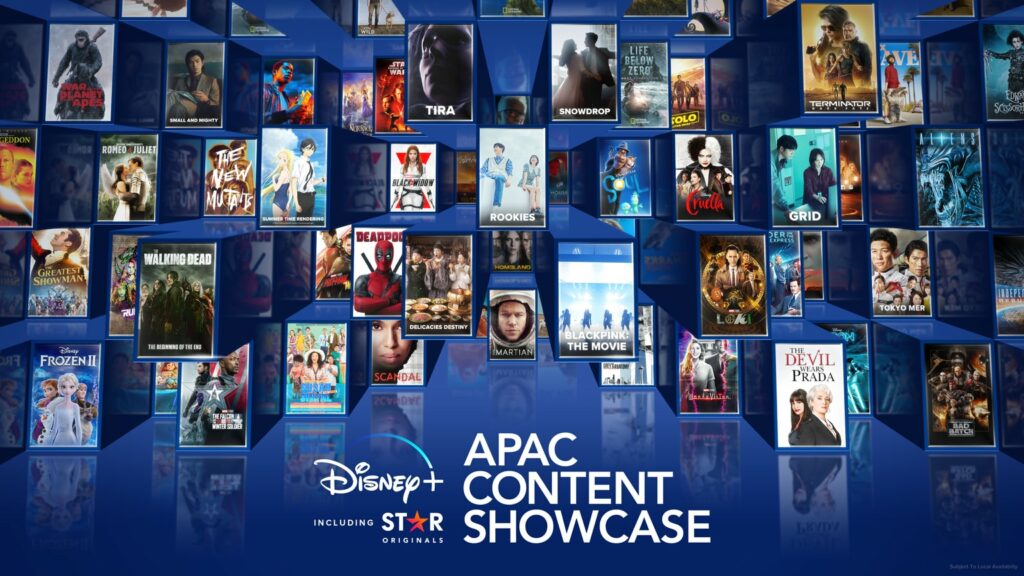 The Walt Disney Company held a special regional press and partner event for its Asia and Pacific regions, where it showcased an extensive slate of global, regional and local language content for Disney+, and unveiled over 20 new APAC content titles including 18 Originals. Consumers can look forward to a wide range of original stories by top content creators from the region, in addition to the vast library of branded content from Disney, Marvel, Star Wars, Pixar, National Geographic and Star.

The new APAC projects include original productions by leading content creators, from star-studded scripted live action tent-pole series including drama, comedy, fantasy, romance, science-fiction, crime, horror; to variety shows, documentaries and anime from several markets, including Japan, South Korea, Indonesia, Greater China and Australia. Subject to local availability, the new APAC content titles will be available on the streaming service over the next year. The new projects unveiled today are part of Disney’s ambition to greenlight over 50 APAC Originals by 2023.

“For many decades, The Walt Disney Company has been entertaining consumers and has been an integral part of the local creative ecosystem.  Today, we are making another commitment by combining the global resources of the company with the best content creators from Asia Pacific to develop and produce original stories on Disney+. With over-the-top services going mainstream, emergence of world-class content from Asia Pacific and rising consumer sophistication, we believe that this is the right time for us to deepen our collaboration with the region’s best content creators to deliver unparalleled storytelling to global audiences.”

At the event today, Disney also introduced the Star brand, which serves as home to thousands of hours of movies and television from Disney’s creative studios, including Disney Television Studios, FX, 20th Century Studios, 20th Television, Touchstone, and more, enhanced by the addition of local programming from the regions where available.

Over the next few years, Disney will be launching a significant slate of premium branded entertainment on the Disney+ platform, including content from its global brand franchises, general entertainment content from Star and local language originals from APAC.

Key highlights of the new APAC content titles include:

– An action hero thriller, Moving is the ultimate tent-pole show from Korea based on the webtoon by Kang Full about three teenagers discovering their unusual powers.
– Snowdrop, a romantic melodrama series starring top Korean actor Jung Hae-in and BLACKPINK’s Jisoo. Told by the creators behind the 2019 K-drama mega-hit “Skycastle,” Snowdrop is one of the most highly anticipated dramas of the year.
– Grid, a mystery thriller and new tent-pole series by award-winning writer Lee Su-yeon.
– Exclusively on Disney+ and in theatres, BLACKPINK: The Movie is a documentary on the chart-topping Korean pop group, in commemoration of their fifth year anniversary.
– Rookies, a coming-of-age romantic series set in Korea’s elite police academy, is K-pop idol Kang Daniel’s debut drama.
– Tokyo MER (Mobile Emergency Room), a special TBS collaboration, is a medical drama starring award-winning actors Ryohei Suzuki and Kento Kaku.
– BLACK ROCK SHOOTER DAWN FALL is a Japanese reboot animation of BLACK★ROCK SHOOTER, a popular character with global fans that has spawned music, action figures, games and animation.
– Summer Time Rendering is a Japanese animation based on one of the top manga titles with a cumulative total of over 130 million page views on the Japanese web manga app Shonen Jump +.
– YOJOHAN TIME MACHINE BLUES (Working title) is a new Japanese animated series and the sequel to THE TATAMI GALAXY. This is the latest work by award-winning writer Tomihiko Morimi and Science SARU, a production studio that has won numerous international awards.
– At the Tokyo event, Disney also announced a planned anime adaptation of “Twisted Wonderland”, Disney’s highly popular mobile game by Aniplex.
– From the hit movie with the same title, Susah Sinyal (or Bad Signal) is a comedic drama series about a group of hotel employees managing a classy resort hotel in West Java.
– Under the creative vision of award-winning director Joko Anwar, and produced by Screenplay Bumilangit, Bumilangit will be launching its first series soon.
– Featuring the talented Chen Bo-Lin, Small & Mighty is his come-back appearance in Taiwanese drama since “In Time With You,” and a comedic drama about self-discovery.
– Delicacies Destiny is a Chinese period drama and veteran producer’s Yu Zheng’s newest endeavour into food rom-com, following the success of “Story of Yanxi Palace.”
– Shipwreck Hunters is the first Australian documentary for Disney+ and documents iconic shipwreck mysteries in Western Australia’s vast coastline. 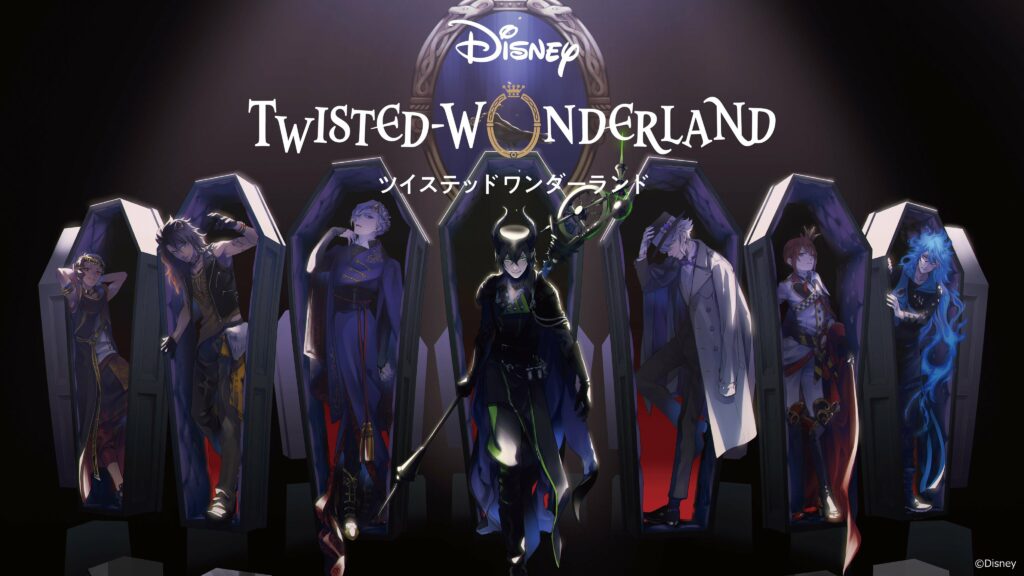 Disney today also announced the launch of The Walt Disney Company’s “APAC Creative Experience Program,” a first-of-its-kind bespoke initiative which will connect hundreds of top creators from APAC with Disney’s world-class filmmakers and creators. Through creative masterclasses, live panels and other engagement activities, Disney will provide opportunities for leading creators from APAC to meet executives and creatives from many of the company’s key brands and studios.  Mr. Kang added:

“We hope that this program will inspire the creative community and add further momentum to the creative development of Asia Pacific, which I believe is emerging as a global content and media powerhouse.  The creative talent and content we are seeing from many APAC countries is world-class, and will only get better. Disney’s unparalleled storytelling is the foundation of our special connection to our audiences and we look forward to offering top talent in the region with insights into the creative processes of the world’s best storytellers.”

The international rollout of Disney+ continues to keep building and now that the streaming service is a success, it is massively revving up its content engines to create new shows and films for the streaming service.  Hopefully, the majority of these originals are released globally on Disney+.  The success of Netflix’s South Korean series “Squid Game” over the past few weeks should hopefully encourage Disney to follow suit and give us all an opportunity to watch this content.

What new original are you most excited for?