Disney+ Adds Violent Warning To “The Falcon And The Winter Soldier”

Disney+ Adds Violent Warning To “The Falcon And The Winter Soldier”

Last week, Disney released the first episode of the new Marvel Studios series “The Falcon And The Winter Soldier” onto Disney+ and it has quickly become the most popular premiere since Disney+ launched.

The series features The Winter Soldier and Falcon dealing with the events after “Avengers: Endgame”, where Falcon is handed the Captain America shield by an elderly Steve Rogers.

The first episode is packed with plenty of action and is rated 12+, however, just ahead of the release of the second episode of the show on Friday, Disney has updated the description with a new warning stating:

Though it is fictional and set in the comic-book world, the series contains violent scenes that may be viewed as triggering or unsettling to some viewers, particularly in light of recent real-world tragic events. 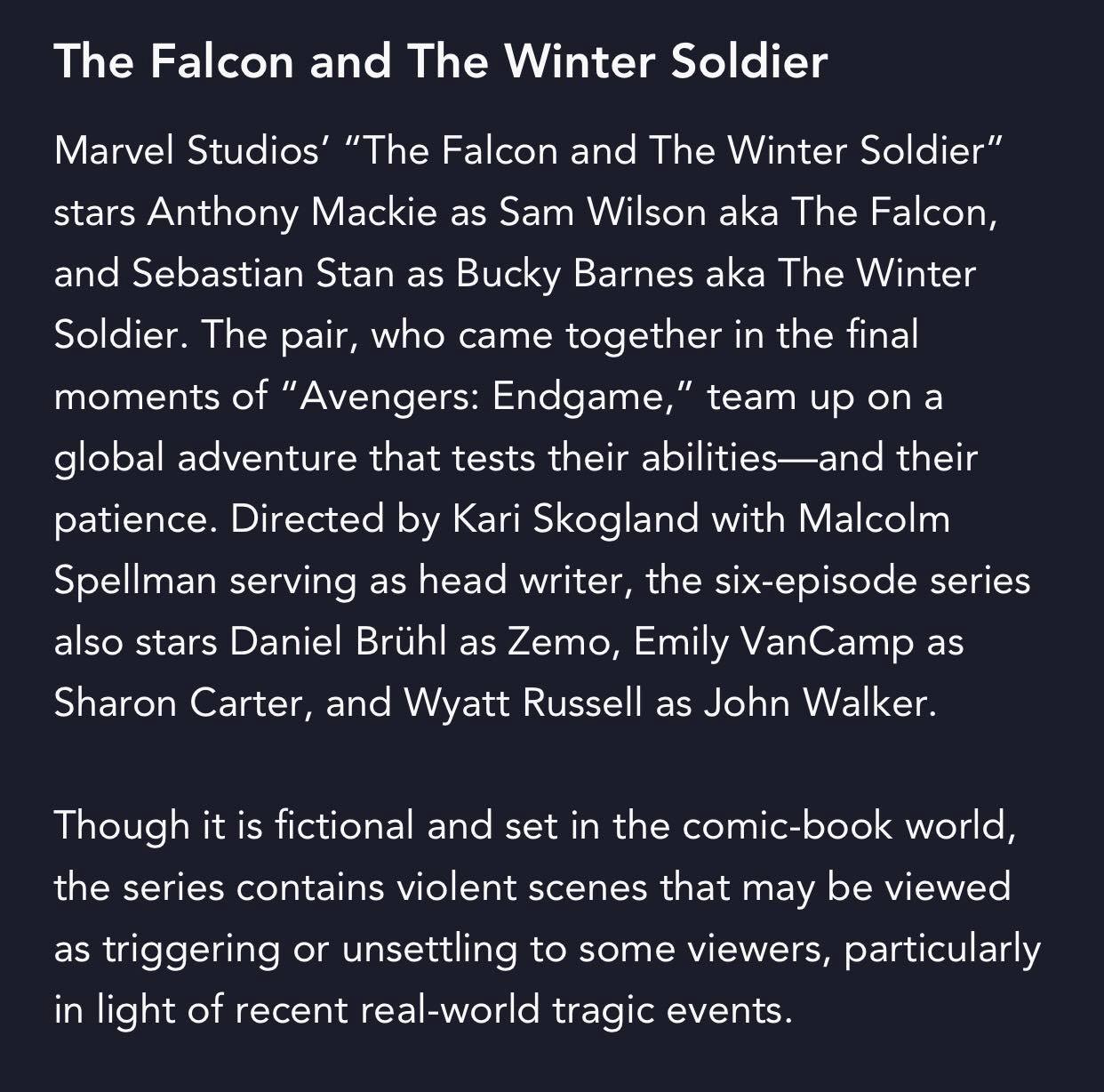 Last year, Disney added “outdated cultural depictions” warnings to a wide selection of older shows and movies, but this is the first time a violent warning message has been added to a description within Disney+, but with the recent events in the United States involving violent attacks in Washington DC and this week’s mass shooting, Disney is just making sure people are aware of what is included in the show.

What do you think of Disney adding this warning to its content?