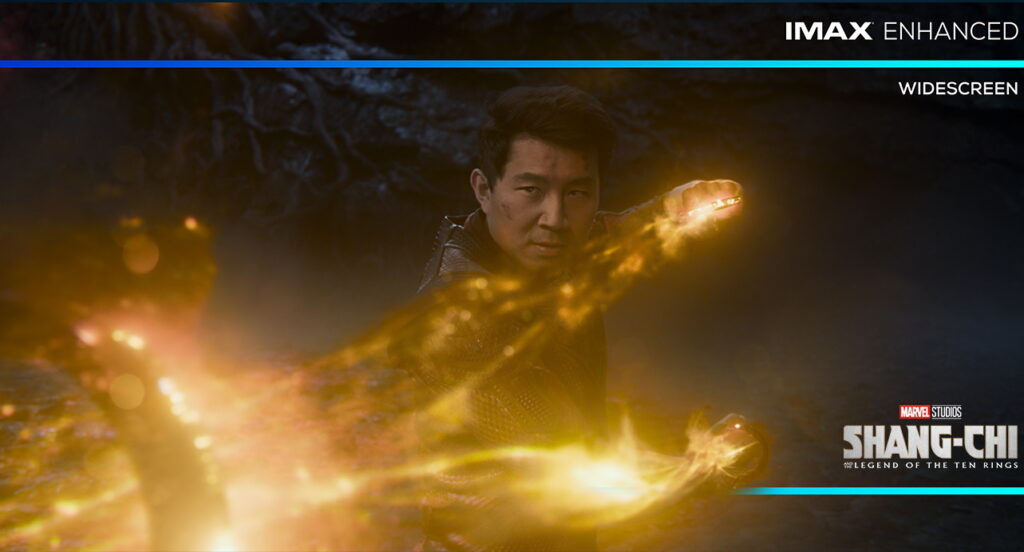 Multiple Marvel movies are set to get a major upgrade on Disney+ this week as 13 movies are going to be getting an expanded IMAX aspect ratio.

The new 1.90:1 IMAX aspect ratio will make the film look 26% taller than your typical 2.35:1 widescreen format.    What this basically means for those of us watching from home is that the large black bars on the top and bottom of the screen are almost removed, giving you the full experience.

Any movie that has the IMAX version available on Disney+ will have a prominent label and you’ll also be able to watch the film in the standard widescreen version if you prefer.

The 13 Marvel movies getting IMAX editions include:

“For more than a decade, IMAX has helped filmmakers take fans across the Marvel Cinematic Universe in theatres and now that epic journey crosses into a new world: the home,” said Rich Gelfond, CEO of IMAX. “IMAX, Disney, and Marvel Studios are giving the fans what they want: the most immersive viewing experience throughout the life of a Marvel Studios film, from exclusive theatrical release to the library at-home where they can now watch the Avengers assemble with more picture than ever before.”

“Disney, Marvel Studios, and IMAX have collaborated for years to bring the world’s most popular films to the big screen, and on Friday we’ll start to bring IMAX technology to subscribers with IMAX Enhanced viewing in the Disney+ app,” said Michael Paull, President of Disney+ and ESPN+. “We’re thrilled to create new value for Marvel fans and audiences on Disney+, and we’re looking forward to offering even more IMAX Enhanced functionality in the future.”

“We are thrilled that fans of the MCU will soon have the opportunity to experience IMAX’s Expanded Aspect Ratio, in their own homes with the launch of IMAX Enhanced on Disney+,” said Jon Kirchner, chief executive officer of Xperi. “DTS is proud to be an integral part of IMAX Enhanced and we are looking forward to unlocking more exciting technology for Disney+ subscribers in the future, which will include immersive IMAX signature sound by DTS.”

These new IMAX editions will be available on Disney+ Day/November 12th.

Will you be checking out any of these films in IMAX format?

Roger has been a Disney fan since he was a kid and this interest has grown over the years. He has visited Disney Parks around the globe and has a vast collection of Disney movies and collectibles. He is the owner of What's On Disney Plus & DisKingdom. Email: Roger@WhatsOnDisneyPlus.com Twitter: Twitter.com/RogPalmerUK Facebook: Facebook.com/rogpalmeruk
View all posts
Tags: imax, Marvel