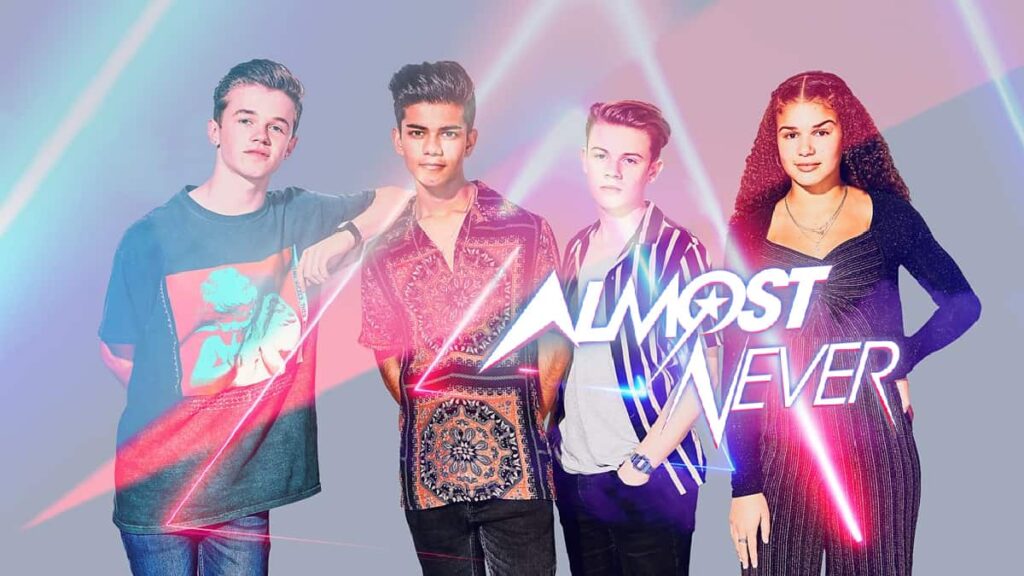 Disney has acquired the US distribution rights of the British comedy-drama “Almost Never”, which follows the boy band “The Wonderland” as the brief spell of fame they enjoyed on the talent show starts to fade.  It charts their comedic ups and downs as they try to grow their fan base and find the best songs to record. As the boys try to make it in the music business, they also have to juggle home life, school and relationships alongside their dreams of pop stardom.

Disney will be releasing the first six episodes from the first season on the Disney Channel on September 4th.  With another seven episodes to air the following day.  With episodes running on repeat Monday through Thursdays.  No details have been announced on if the series will also be released on Disney+.

Originally, the CBBC ordered the series and was released in 2019, with two more seasons airing in 2020 and 2021.  All three seasons are currently available on the BBC’s Player in the United Kingdom.  Saltbeef Productions create the show, and Worldwide distributor Dynamic Television has already made deals for many countries, including CBC Gem (Canada) and ABC (Australia).

What do you think of Disney acquiring the rights for this series?

Roger has been a Disney fan since he was a kid and this interest has grown over the years. He has visited Disney Parks around the globe and has a vast collection of Disney movies and collectibles. He is the owner of What's On Disney Plus & DisKingdom. Email: Roger@WhatsOnDisneyPlus.com Twitter: Twitter.com/RogPalmerUK Facebook: Facebook.com/rogpalmeruk
View all posts
Tags: almost never