Disney has announced that the popular children’s animated series “Dino Ranch”, will be coming to Disney+ in the United States on Friday 18th June.

Filled with adventure and life-long friendships, the new preschool series “Dino Ranch” follows the Cassidy family as they tackle life in a fantastical, “pre-westoric” setting where dinosaurs roam. As the young explorers learn the ropes, they discover the thrill of ranch life while navigating the great outdoors through unpredictable challenges.

In addition to an irresistible blend of dinosaurs and ranchers, the series has four key themes at its core and celebrates outdoor fun, embraces nurturing and friendship, demonstrates the strength of teamwork and personal growth, and promotes the importance of family and community.

The sun rises. A Pterodactyl crows. Dinosaurs roar … and a dedicated family of dinosaur-riding Dino Ranchers hits the saddles to race off for another day of fun-filled, free-range roping ‘n’ riding, dinosaur-driven fun!

“We Come From Different Places, But We Are Family…”

Dino Ranch – the ultimate playground – is a working farm and dinosaur sanctuary. It is home to the tight-knit Cassidy family which includes adopted siblings Jon, 10, the eldest and the leader, he is a fast-talking, wide-eyed young cowboy who fancies himself the fastest lasso in the west; super-caring Min, 8, a young dino doctor-in-training; and Miguel, 6, a super-smart, deep thinking, soft-spoken inventor with big ideas. All are training to be ranchers under the sure and steady guidance of their Pa and Ma, Bo and Jane.

Accompanied by their own distinctive dinosaurs, Jon’s speedy raptor Blitz; Min’s big-hearted Brontosaurus Clover; and Miguel’s tiny but mighty triceratops Tango – all also very much part of the family – they discover the thrill of ranch life while navigating the great outdoors through unforeseen challenges. As the three little Dino Ranchers learn the ropes, every day is filled with unpredictable adventures – because at Dino Ranch, trouble can loom like a T-Rex on a moonless night!

“I grew up in ranch country as a boy and saw that the adults depended on the children to handle big important jobs, just as much as each other, so I had always been interested in doing a story about kids on a family ranch,” explained Matt Fernandes, Creative Director and Co-founder of Industrial Brothers and the creator of “Dino Ranch.” “I have always had a love of dinosaurs too and the idea of mixing them with ranchers felt really fresh and unique for this age group. Watching our Dino Ranchers interact and bond with their dinosaurs as if they were puppy dogs is what makes the show so appealing and is what drives all our stories.”

The series is packed with comedy and adventure, “Dino Ranch” introduces kids to problem-solving, the foundations of forging life-long friendships, strengthening family and community bonds, and taking care of animals.

“Dino Ranch” is already available on Disney+ in some countries including the United Kingdom and Australia.

Are you looking forward to “Dino Ranch” arriving on Disney+? 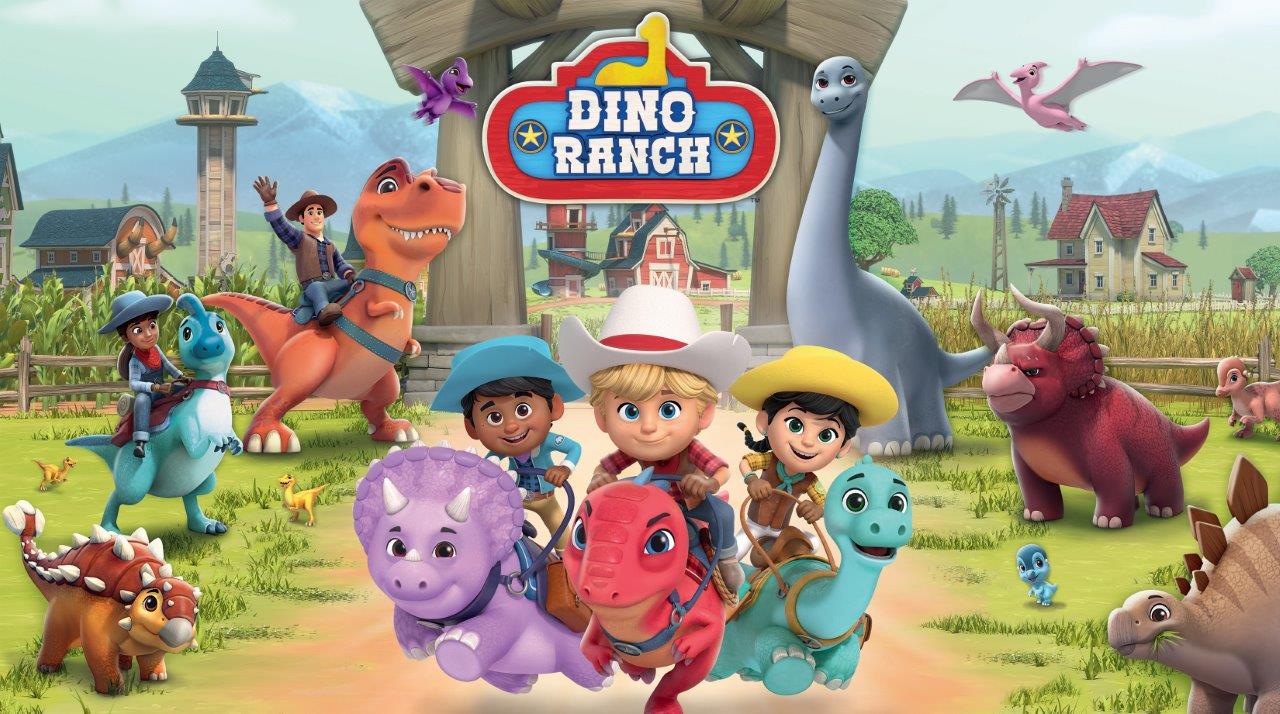