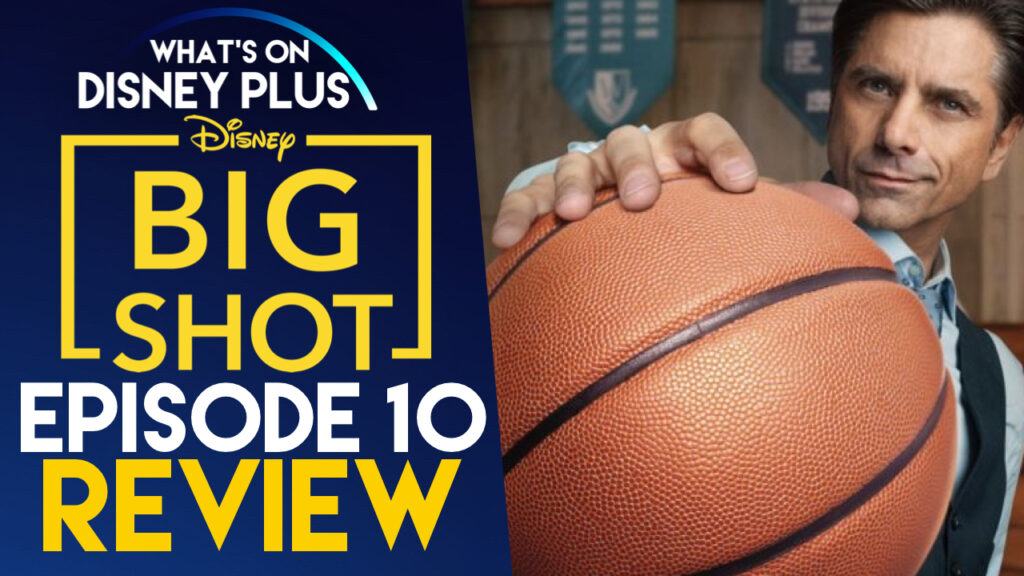 Disney’s “Big Shot” comes to an end this week with the 10th episode and is all about two major plots, will the “Sirens” get to the second division and will Coach Korn stay or go?

Unfortunately, this being a Disney made TV show, you already know the answer to this. You probably guessed how this entire episode will go down and in some way, it does, but at the same time, they throw a few curveballs in there.

With the team all freaked out after losing their playbook, Coach Korn needs to come up with something new and that involves the Sacrifice play. The one play that means making a sacrifice to complete, with big rewards if it goes right, but being willing to step aside for the well being of others. We also get a great speech from Destiny’s “mum”, about how she’s going to be there to pick up the pieces when the shinny penny isn’t so attractive anymore, which strikes a nerve with Marvyn.

This is a theme throughout the episode as Coach Korn learns that he needs to be a father first, to sacrifice for his daughter. Which ultimately is better for the team as well. It’s all pretty obvious but it’s nice that they’ve spent weeks building to this decision.

One big change that I suspect the issues of filming in a pandemic had on the show, is we don’t get to see much of the actual final, they come up with a strange excuse to play the match without a crowd and keep it pretty short. It was a little jarring to suddenly have the show slip into documentary mode for a short period while they replayed how the basketball game went, but I preferred this. I’m not a sports fan, so keeping the basketball to a minimum made it much more enjoyable.

“Big Shot” has been one of the biggest surprises for me this year. A drama series about a basketball coach teaching at a girls school, doesn’t sound very interesting on paper. But Coach Korn is a fascinating character and pulls in on being a guy who has to step up to be the father he wants to be. It’s been a fantastic series and certainly a highlight of the week that I’m gonna miss.

Overall, “Big Shot” has been a really enjoyable series, John Stamos as Coach Korn has been a pleasure to watch and the finale wraps everything up in a little bow. I certainly wasn’t disappointed.

The “Big Shot” finale is coming to Disney+ this Friday.