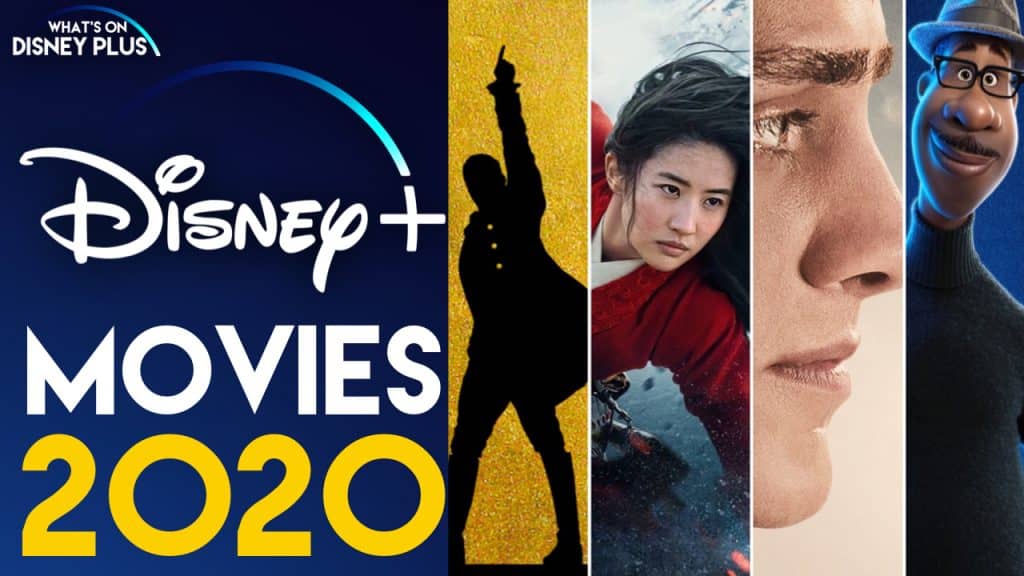 With 2020 coming to a close (thankfully!), I wanted to take a look back at some of the best movies from 2020 that have arrived on Disney+.  It’s been a strange year for movies, with the majority of the most significant new theatrical films pushed back to 2021, such as “Black Widow” and “Jungle Cruise”, but we’ve also seen some movies make the jump to Disney+ much faster than would have originally had done.

Here’s a rundown of my best movies from 2020 that are available now on Disney+:

Pixar’s Soul tells the story of Joe, who is a middle-school band teacher whose life hasn’t entirely gone the way he expected. His true passion is jazz — and he’s good. But when he travels to another realm to help someone find their passion, he soon discovers what it means to have soul.  “Soul” is a lovely way to end 2020; it takes a deeper look at what it means to be human and what life is really all about.   This is one Pixar movie that will make you think about your life and hopefully make you appreciate the smaller things in life.

While many might not look at “Hamilton” as a traditional movie, since its a recording of a Broadway show, it was initially supposed to be heading to cinemas in 2021, but was brought forward and was one of the biggest Disney+ releases.  It drove insane numbers of people to subscribe to Disney+ and tells the story of Alexander Hamilton, who is an orphan and arrives in New York to work for George Washington. After the American Revolution, he goes on to become first Secretary of the Treasury of the US.  “Hamilton” features a score that blends hip-hop, jazz, R&B and Broadway.  It’s one of the biggest Disney+ highlights of 2020.

In this live-action version of Disney’s “Mulan,”  it tells the story of a fearless young woman risks everything out of love for her family and her country to become one of the greatest warriors China has ever known. When the Emperor of China issues a decree that one man per family must serve in the Imperial Army to defend the country from Northern invaders, Hua Mulan, the eldest daughter of an honoured warrior, steps in to take the place of her ailing father. Masquerading as a man, Hua Jun, she is tested every step of the way and must harness her inner-strength and embrace her true potential. It is an epic journey that will transform her into an honoured warrior and earn her the respect of a grateful nation…and a proud father.     It’s unlike recent remakes like “Aladdin” or “The Lion King”, because its not a traditional Disney live-action remake, making this movie a bit like marmite, you’ll either love it or hate it.  This is one of my personal favourite movies from 2020, because I love big Chinese epic films and don’t have a strong connection with the original animated classic.

“Onward” tells the story of teenage elf brothers Ian and Barley, who embark on a magical quest to spend one more day with their late father. Like any good adventure, their journey is filled with cryptic maps, impossible obstacles and unimaginable discoveries. But when dear Mom finds out her sons are missing, she teams up with the legendary manticore to bring her beloved boys back home.  This film was released just moments before the pandemic took over, which decimated the film’s box office, so Disney rushed the film to Disney+ just weeks later for everyone to enjoy during the lockdown.

“Safety” is a drama inspired by the empowering story of former Clemson University football safety Ray McElrathbey (Jay Reeves), a young man facing a series of challenging circumstances, whose dedication and persistence help him to triumph over repeated adversities. Aided by his teammates and the Clemson community, he succeeds on the field while simultaneously raising and caring for his 11-year-old brother Fahmarr (Thaddeus J. Mixson).   Adding this movie onto the list of best movies of 2020 is a surprise, if you had asked me before seeing it, I would have laughed, because I generally don’t enjoy sports films.  “Safety” isn’t about American Football, this isn’t about winning the big match, it’s about the love between brothers.

Inspired by an incredible true story, “Clouds” is a vibrant ode to the life of singer/songwriter Zach Sobiech (Fin Argus). Zach is a seventeen-year-old, fun-loving student with raw musical talent living with osteosarcoma, a rare bone cancer. At the start of his senior year, he is ready to take on the world, however when he receives the news that the disease has spread, he and his best friend and songwriting partner, Sammy (Sabrina Carpenter), decide to spend Zach’s limited time following their dreams. With the help of Zach’s mentor and teacher, Mr. Weaver (Lil Rel Howery), Zach and Sammy are given the chance of a lifetime and are offered a record deal. Along with the support of the love of his life, Amy (Madison Iseman) and his parents, Rob and Laura (Tom Everett Scott and Neve Campbell); Zach embarks on an unforgettable journey about friendship, love and the power of music.   Much like “Safety”, this wasn’t a movie I had on radar at the start of the year and “Clouds” was able to tell a difficult story and show that Disney+ can handle more mature topics.  A highlight of 2020.

*Harrison Ford stars in this film which is based on Jack London’s 1903 novel of the same name.  It tells the story of Buck, who is a big-hearted dog whose blissful domestic life gets turned upside down when he is suddenly uprooted from his California home and transplanted to the exotic wilds of the Alaskan Yukon in the 1890s. As the newest rookie on a mail-delivery dog sled team, Buck experiences the adventure of a lifetime as he ultimately finds his true place in the world.   I really enjoyed this film and while Buck’s CGI can be a little distracting, if you enjoyed last years Togo, you’ll love this one too.

Note – This isn’t available on Disney+ in all countries

What movies from 2020 are your highlights of the year?  Let me know in the comments below:

Roger has been a Disney fan since he was a kid and this interest has grown over the years. He has visited Disney Parks around the globe and has a vast collection of Disney movies and collectibles. He is the owner of What's On Disney Plus & DisKingdom. Email: Roger@WhatsOnDisneyPlus.com Twitter: Twitter.com/RogPalmerUK Facebook: Facebook.com/rogpalmeruk
View all posts
Tags: best of 2020, disney