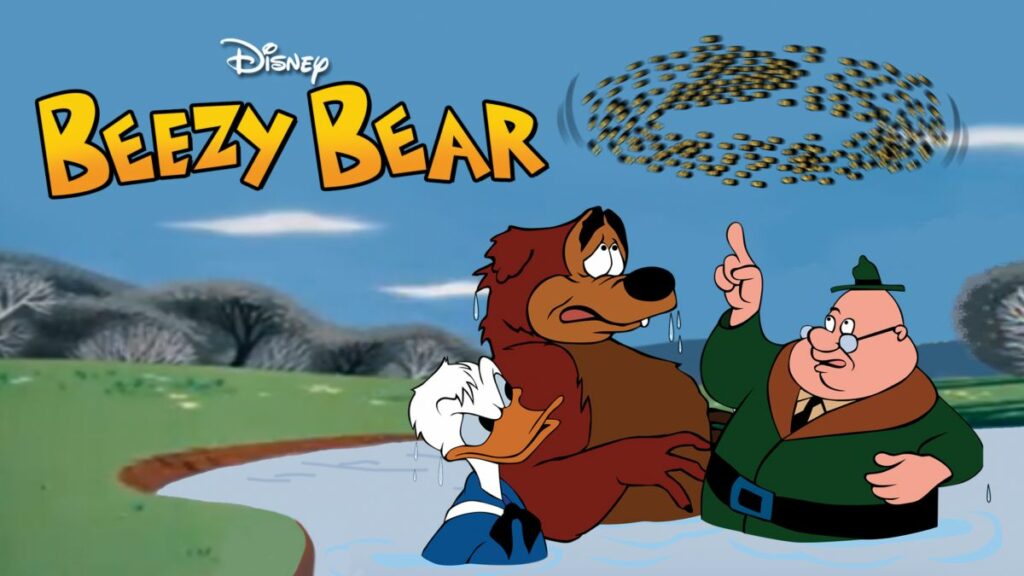 Donald Duck is harvesting honey from bees when a bear tries to steal the honey in “Beezy Bear.” Donald lives next to a park with a lot of bears and one of them wants to get honey from Donald’s bees. He tries several times, but the bees always outsmart him causing the bear to end up in a lake.

This is a classic animated short from 1955 and it showcases some of what makes Donald Duck great. Donald is just trying to harvest honey, but he ends up having hard luck because of the bear. Donald has an argument with the park ranger, gets honey all in his face while freeing it from a hose the bear was using, and eventually, ends up crashing into the lake with the bear and the ranger after he hooked the hose up to water to give the bear a surprise, but the ranger came along and Donald tried to protect the ranger. Despite all of the hard luck, Donald is ultimately successful, because the bear never gets the honey. 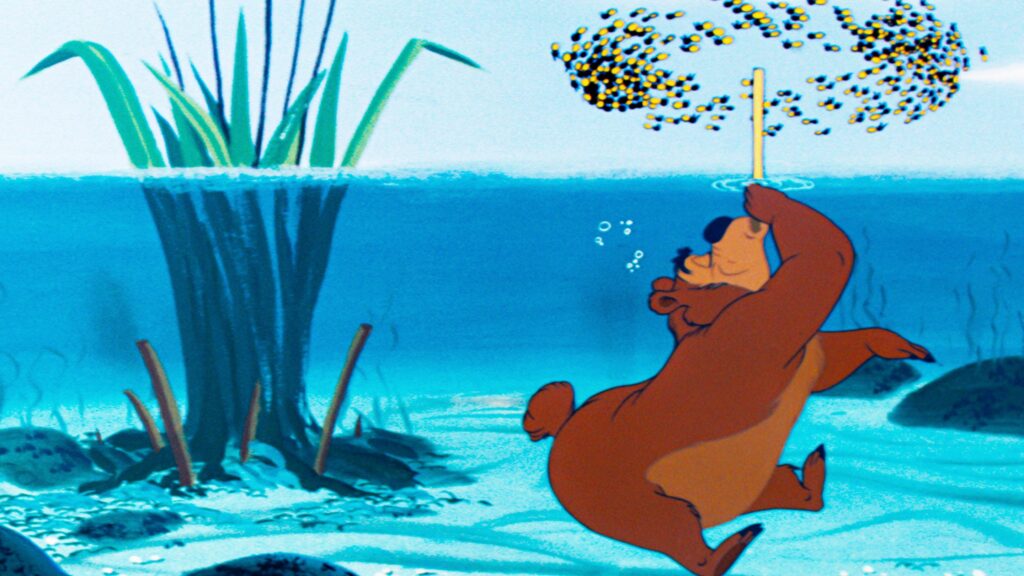 Despite this being a solid plot for a seven minute short, the actual short is kind of meh. The animation is fine. There’s some humor there, but it doesn’t make me laugh out loud like some of the other shorts on the service. Donald is brilliant, but I don’t care much for everyone else. I don’t think Donald has to have Mickey or Goofy to play off of, but I think he’s been in better shorts.

This isn’t a bad short. It’s just not great. It’s got its appeal. Donald is great, even if the short isn’t. I wasn’t bored, but I wasn’t overly entertained. I hope everyone who watches this one likes it more than I did. But, this feels kind of average.

What did you think of “Beezy Bear?”

Jeremy has been a big Disney fan since he was a kid growing up during the Disney Renaissance. One day he hopes to go to every Disney Park in the world.
View all posts
Tags: Beezy Bear, disney, Donald Duck, retro review, review, Walt Disney Animation Studios