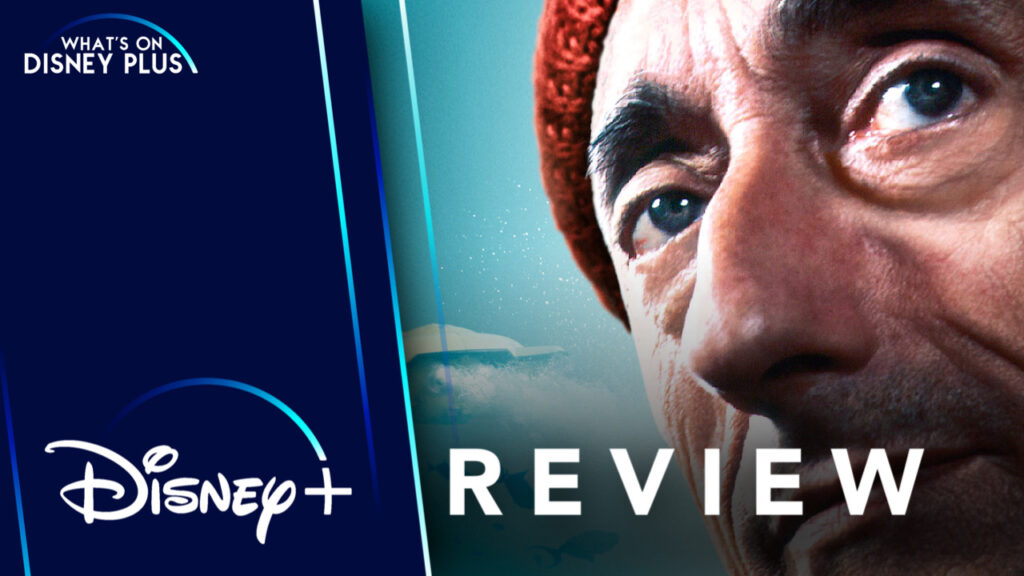 If you’re a fan of underwater documentaries or have ever gone Scuba Diving, that will have been influenced by Capt. Jacques-Yves Cousteau, a pioneer, who developed technology and equipment to film some of the most inspiring films about the world beneath the water.

This documentary is about his life, from his humble beginnings, to starting a family, tales of how he created some of the most beloved underwater documentaries and how he built the Cousteau Society to help deal with the ever-growing problem of the destruction of the planet.

“Becoming Cousteau” is a fantastic look at the life he has had and how he was not just a trendsetter. He blazed his own trail and became an inspiration to millions.

As someone who has loved underwater documentaries my entire life and as a qualified scuba diving, the word Cousteau is so interconnected with that world.  The techniques he developed with his team, changed how we look at our planet.  While I might be a little too young to have seen most of his documentaries, it doesn’t take away from the fact that his work was why I’ve enjoyed so many incredible documentaries over the years.

This documentary is an excellent look at his life and his legacy, from his younger years, to how he filmed some of the many movies and TV shows that brought the underwater world to people in their homes.  Before this time, nobody really knew what was under the sea, especially in faraway locations.

One of the things I found fascinating about this documentary was how, in the beginning, there are so many things that are cringe-worthy to think of an environmentalist television presenter doing now.  Riding on the back of a tortoise, clubbing sharks to death or just the fact he used money from oil companies to finance his early explorations and films.   It’s hard to imagine that was ever considered ok, but through the years, we see how Cousteau’s views on all of this would change as he travelled the world, but more importantly, going back to places he had been before.  It’s here that Cousteau’s life took a massive shift, from someone just showing us what the underwater world is like, to actively trying to protect it.

It’s so frustrating to be sat here, over 50 years after he warned people about the dangers of pollutants, overfishing, and how humans just can’t keep taking what it wants from the sea or treating it like a rubbish dump. 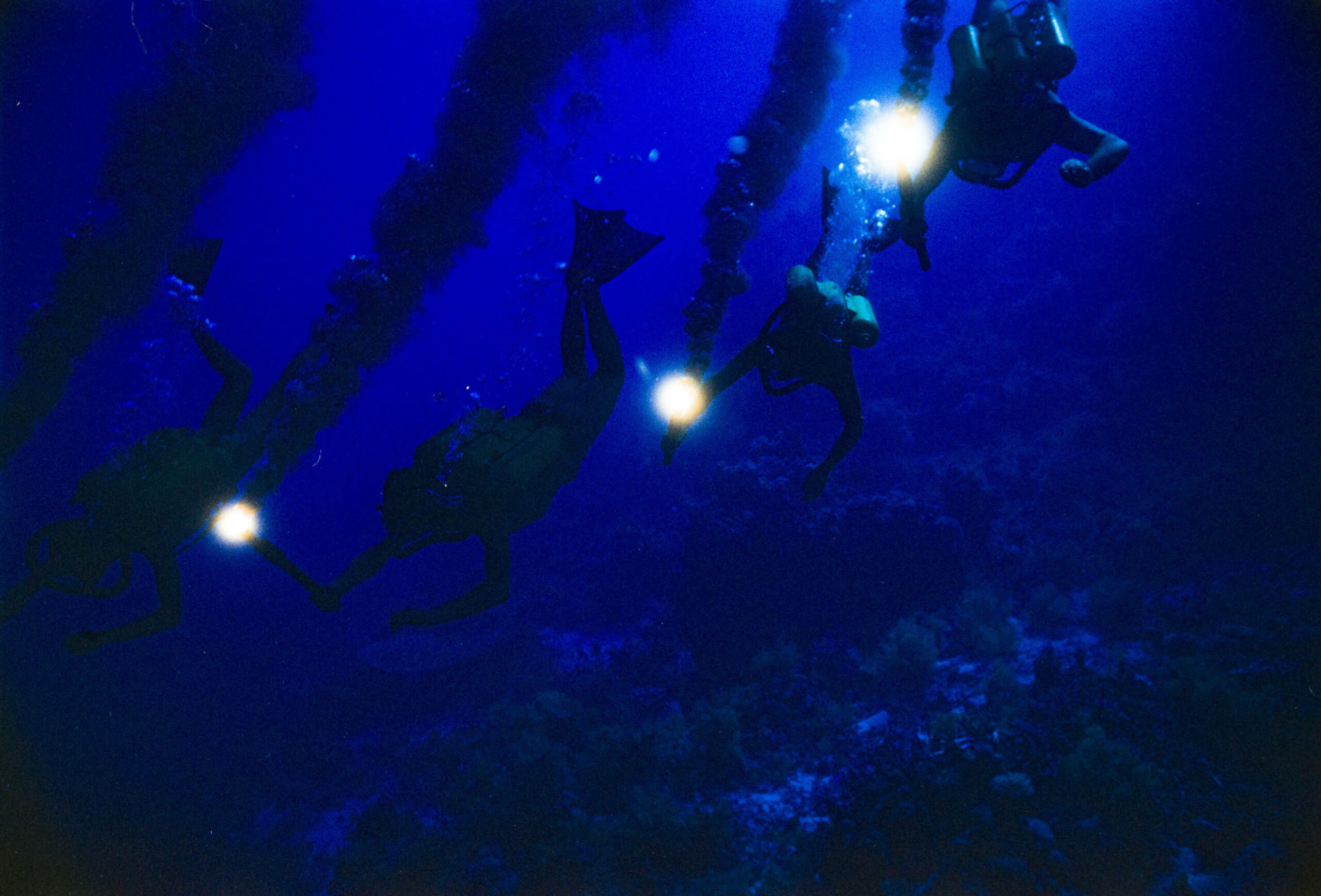 The world has changed so much since he started his work, and this documentary really shows how this impacted him.  How his dedication to the sea just continued to grow, even at the expense of his family.  There are some very upsetting scenes in this film, such as footage of him and his wife dropping their son’s coffin into the ocean after a deadly plane crash while he was filming a documentary.  It’s hard-hitting stuff, and this obviously had a major impact on him for the rest of his life.

I enjoyed “Becoming Cousteau”, it starts out more as a biographical look at his beginnings, and it’s fun to see all the adventures he got up to.  But it’s in the second half, where things get serious, where the focus turns on the impact humans are having on the planet.  But it’s not new. That’s what’s so frustrating. He was banging the drum about protecting our seas and oceans over half a century ago.  The world is in a different place now. People generally are much more interested in preserving the planet and are willing to make changes to do so.

Some of the footage in this documentary shows how the world under the sea was different all those decades ago and how we must do more to protect our waters for the next generations.   The documentary balances that line between showing how it’s urgent that something is done and recognising that a lot of time has already passed since Cousteau warned of these problems.

The environmental aspect of this film wasn’t something I was expecting to get under my skin as much as it has.  But that’s a good thing to me, making that emotional connection to the words that he is saying, even decades after his death.  That’s the impact he is still having to this day. 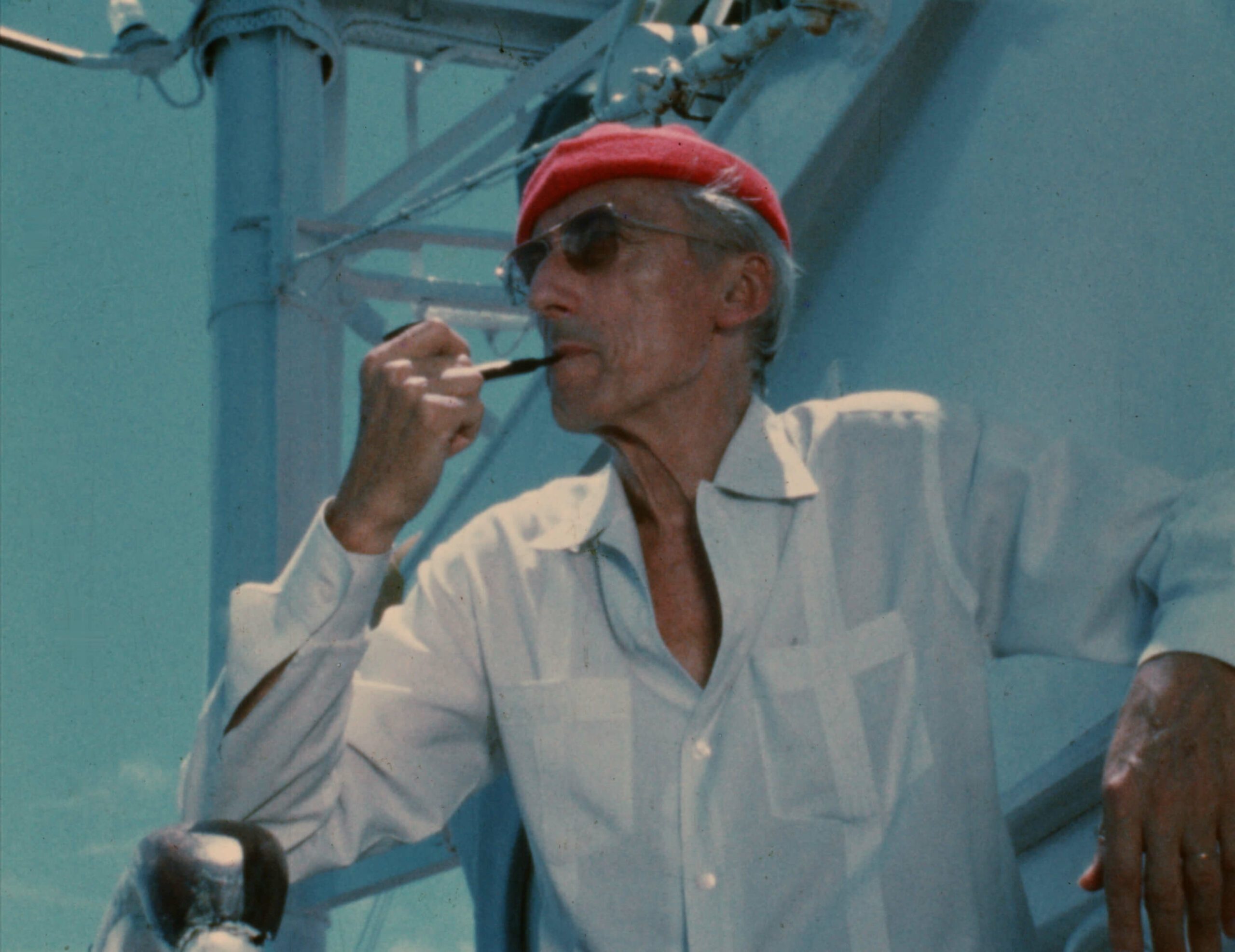 Capt. Jacques-Yves Cousteau is an inspiration and was way ahead of his time.  This documentary doesn’t sugar coat his mistakes, but that’s what’s so interesting.  He saw first hand the impact humans have had on the planet, and I dread to imagine what he would think of the world now, with some places covered in plastic and other waste products.   If everyone who watches this documentary makes just the smallest of changes, it will have an impact.

“Becoming Cousteau” is a hard-hitting environmental documentary, with a heart and soul behind it from one of the groundbreakers in nature documentaries.  Coming in at just over 90 minutes long, it doesn’t feel like a chore to watch it, and I think they got the balance right.  I also think they got the balance right between giving us a look at his life and work, before going into his ecowarrior era.  It feels natural for this documentary to shift tone when they reach that point in Cousteau’s life, rather than overloading the viewer from the beginning.  If you love watching underwater documentaries or just want to know more about Jacques Cousteau, this is a perfect place to start.    Now I just need Disney to add some of his National Geographic films onto Disney+ so we can enjoy his work in more.

“Becoming Cousteau” is coming to Disney+ on Wednesday, 24th November 2021.

Roger has been a Disney fan since he was a kid and this interest has grown over the years. He has visited Disney Parks around the globe and has a vast collection of Disney movies and collectibles. He is the owner of What's On Disney Plus & DisKingdom. Email: Roger@WhatsOnDisneyPlus.com Twitter: Twitter.com/RogPalmerUK Facebook: Facebook.com/rogpalmeruk
View all posts
Tags: becoming coustaeu, review