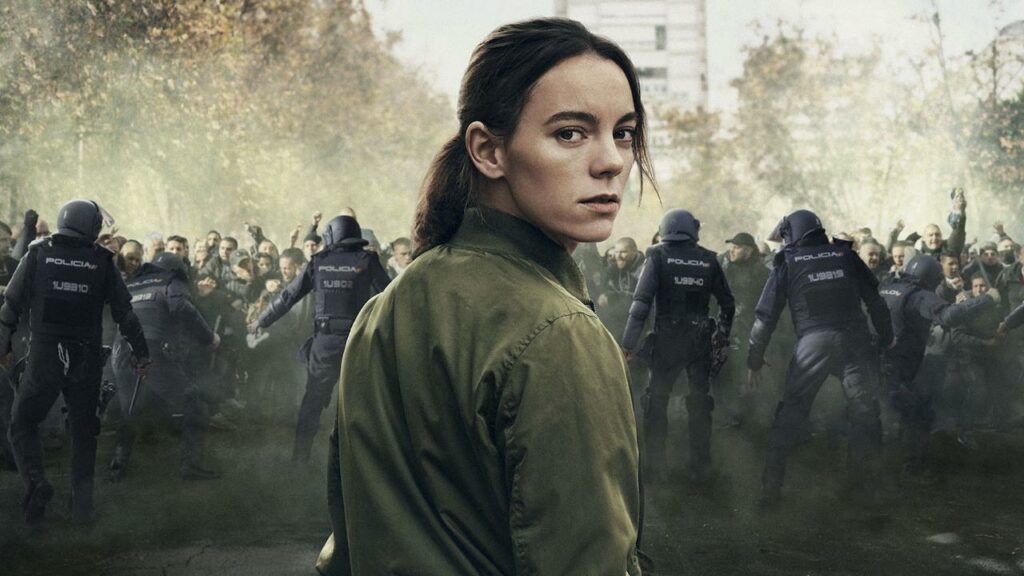 Disney has announced that Rodrigo Sorogoyen’s Spanish police thriller “Antidisturbios” aka Riot Police is going to be coming to Disney+ in the United Kingdom and Ireland in 2022.

When an eviction that a six-member police unit is called out to enforce goes wrong, internal affairs launch an investigation into what’s going on behind the scenes. The only woman on the Internal Affairs group, Laia, becomes obsessed with the case and ends up discovering that behind the botched eviction is a corrupt real-estate network that reaches up to the highest circles.

The 6-episode Spanish series was created by MovieStar and was originally released in Spain in October 2020. “Antidistrubios” has a more tricky international distribution situation, as different streaming services have access to the show, such as HBO Max in Latin America and SBS in Australia. The addition of this show is part of a continued new approach by Disney to license locally made content to offer more regional content on Disney+ and to also help it comply with local quotas.

No exact release date has been announced for “Antidisturbios” to be released on Disney+ yet, other than it coming at some point in 2022.

Will you be checking out “Antidisturbios” when it arrives on Disney+ in the UK in 2022?

Roger has been a Disney fan since he was a kid and this interest has grown over the years. He has visited Disney Parks around the globe and has a vast collection of Disney movies and collectibles. He is the owner of What's On Disney Plus & DisKingdom. Email: Roger@WhatsOnDisneyPlus.com Twitter: Twitter.com/RogPalmerUK Facebook: Facebook.com/rogpalmeruk
View all posts
Tags: “Antidisturbios”