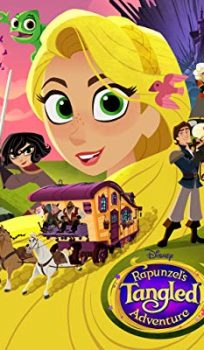 Set between Walt Disney Animation Studios’ “Tangled” and its short film “Tangled Ever After,” this animated adventure/comedy series unfolds as Rapunzel acquaints herself with her parents, her kingdom and the people of Corona.