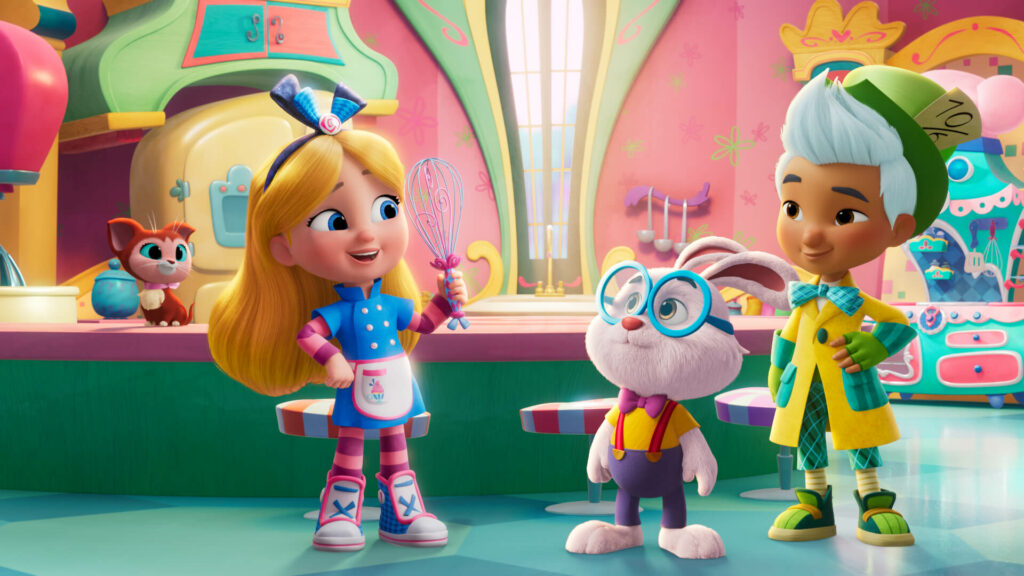 Disney has announced details on a brand new fantastical animated series, “Alice’s Wonderland Bakery”.  This new series is created for preschoolers and their families and is inspired by the world of “Alice in Wonderland”.

The new series premieres in the United States on 9th February 2022, with a simulcast on Disney Channel and Disney Junior (10:30 a.m. EST/PST). An initial batch of episodes will also premiere the same day on on-demand platforms and streaming on Disney+.    No international Disney+ release date has yet been announced.

A vibrant new take on the classic 1951 film, the series centers on Alice, the great-granddaughter of the original heroine and a budding young baker at the enchanted Wonderland Bakery, where her magical treats help bring a new generation of friends and families together. 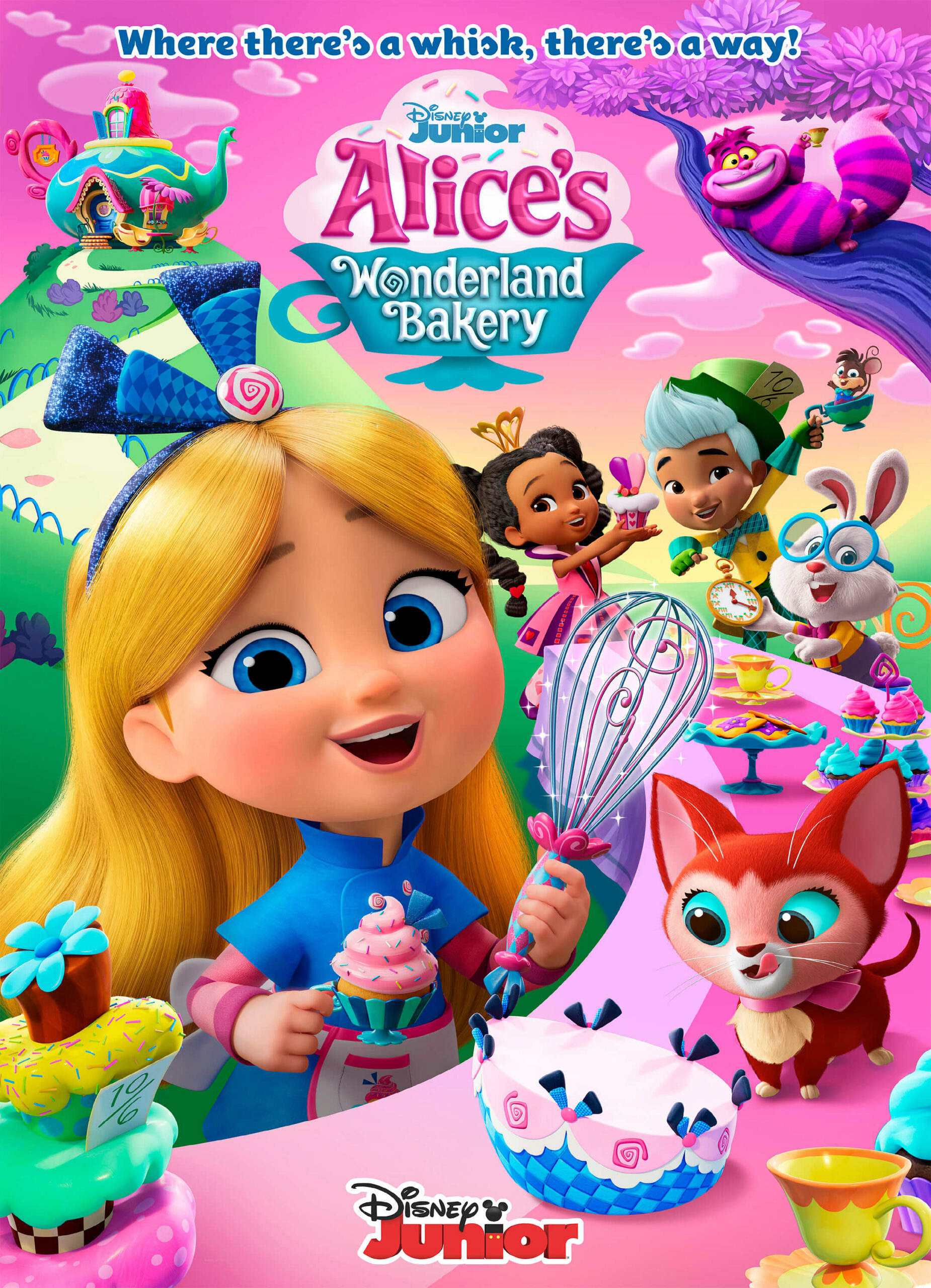 Featuring reimagined versions of familiar iconic characters and introducing memorable new ones, the series stars newcomer Libby Rue as the voice of Alice and a slew of celebrity guest stars.

Each episode of “Alice’s Wonderland Bakery,” comprised of two 11-minute stories, centers on Alice’s magical recipe adventures with her best pals, who join her in the bakery to whip up whimsical cakes and treats for friends and neighbors with enchanted kitchen tools and ingredients to help them. The series celebrates the culture and creativity of food, highlights self-expression, and imparts age-appropriate social and emotional lessons about friendship, collaboration, and the importance of community.

In addition to Rue, the lead voice cast includes Abigail Estrella (“How the Grinch Stole Christmas!”) as Princess Rosa, the Princess of Hearts and Alice’s most artistic friend; CJ Uy (“The Ball Method”) as Hattie, a “mad-hatter” boy and Alice’s silliest friend; Jack Stanton (“Outmatched”) as Fergie the White Rabbit, Alice’s best friend and biggest fan; Secunda Wood (“Jurassic World: Camp Cretaceous”) as Cookie, the magical cookbook that once belonged to Alice’s great grandmother; and Audrey Wasilewski (“Mad Men”) as Dinah, Alice’s pet cat who is always at her side. Max Mittelman (“Spider-Man”) recurs as Cheshire Cat, Alice’s mysterious and playful friend and one of the most iconic Wonderland characters.

Disney Consumer Products, Games and Publishing will debut a product line by Just Play inspired by the series featuring dolls, role-play products, figures, and more in Fall 2022. A digital soundtrack featuring songs from the series will be released by Walt Disney Records in February.

Are you looking forward to “Alice’s Wonderland Bakery”?

Roger has been a Disney fan since he was a kid and this interest has grown over the years. He has visited Disney Parks around the globe and has a vast collection of Disney movies and collectibles. He is the owner of What's On Disney Plus & DisKingdom. Email: Roger@WhatsOnDisneyPlus.com Twitter: Twitter.com/RogPalmerUK Facebook: Facebook.com/rogpalmeruk
View all posts
Tags: Alice's Wonderland Bakery 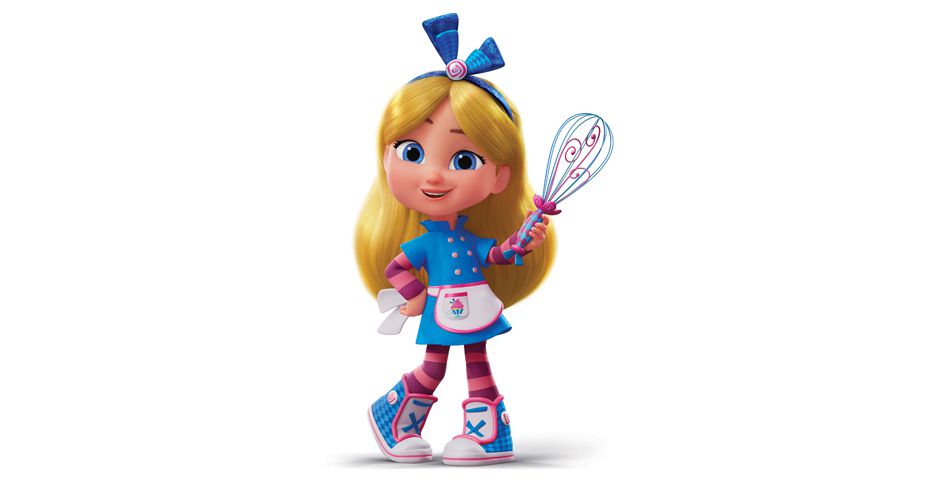