Recently, Rick Riordan revealed that he was working on a feature film adaptation of his brand new book, “Daughter Of The Deep”, for Disney+.

In a recent blog post, Rick revealed some new details on the upcoming Disney+ film.

Becky and I had some great meetings with our partners on our various adaptation projects this past week. First exciting news: We got to sit down in person for the first time with my co-writer for the upcoming Disney+ feature film adaptation for Daughter of the Deep, Aditi Brennan Kapil.

An accomplished playwright and screenwriter, Aditi brings a wealth of talent, experience and personal insight to this project. Becky and I knew right away she was the best writer for this adaptation, and getting to meet her in person only confirmed our confidence. Aditi has previously worked on “Tom Clancy’s Jack Ryan” for Amazon, “Away” for Netflix, and “American Gods” for Starz. Her award-winning plays include “Orange,” “Imogen Says Nothing” and “The Displaced Hindu Gods Trilogy.” We will be equal partners on this screenplay, and I am thrilled to work with her to bring Ana Dakkar’s story to the screen! The last of the rights contracts should be finished up soon, at which point we can get down to work. As soon as I can announce more, I will. Once you’ve read the book, though, be thinking: Who would you like to see cast in the roles for Daughter of the Deep? 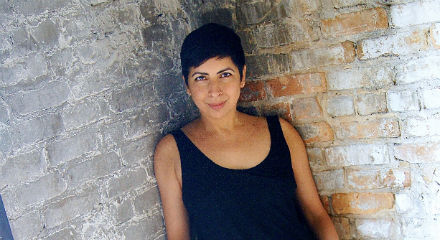 Are you looking for a film based on this new novel?

Roger has been a Disney fan since he was a kid and this interest has grown over the years. He has visited Disney Parks around the globe and has a vast collection of Disney movies and collectibles. He is the owner of What's On Disney Plus & DisKingdom. Email: Roger@WhatsOnDisneyPlus.com Twitter: Twitter.com/RogPalmerUK Facebook: Facebook.com/rogpalmeruk
View all posts
Tags: Daughter of the deep