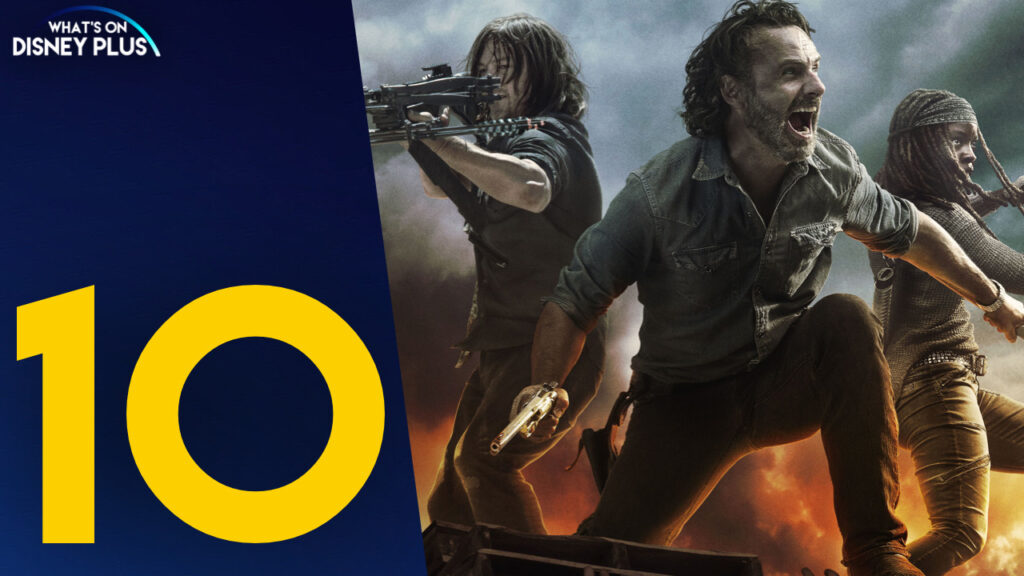 This Friday, Disney is releasing all ten seasons of the cult zombie apocalypse series “The Walking Dead” on Disney+ in the United Kingdom and Ireland.    The final ever season will premiere exclusively on Disney+ in the UK every Monday from the 23rd of August.

With over 150 episodes, across 10 seasons, the show follows police officer Rick Grimes, who finds the world ravaged by a zombie epidemic of apocalyptic proportions. Nearby, on the outskirts of Atlanta, a small encampment struggles to survive as ‘the dead’ stalk them at every turn. Can Rick and the others hold onto their humanity as they fight to live in this terrifying new world?

Here are 10 things you didn’t know about the Walking Dead:

The countdown begins! 💥 Every single episode of the global phenomenon #TheWalkingDead streaming THIS FRIDAY on Star on Disney+. #DisneyPlusStar pic.twitter.com/6DxIWJoAmj

All 10 seasons of “The Walking Dead” are coming to Disney+ in the UK and Ireland this Friday.

Will you be binge-watching “The Walking Dead” this summer?